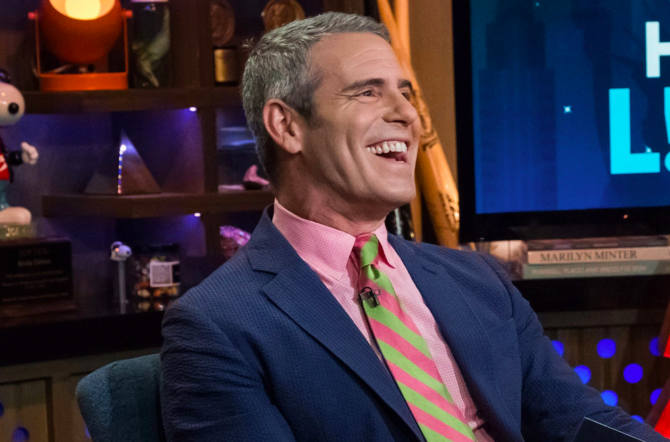 In an Instagram post last night, Cohen introduced his son to the world, writing: “WOW! This is my son, Benjamin Allen Cohen. He is 9 lbs 2 ounces !! 20 inches !! Born at 6:35 pm, PT He is named after my grandfather Ben Allen. I’m in love. And speechless. And eternally grateful to an incredible surrogate. And I’m a dad. Wow.”

Cohen first announced he was expecting a child via surrogate in December. He revealed the baby’s gender on while hosting CNN’s show with Anderson Cooper New Year’s Eve.

Shortly after making the birth announcement yesterday, Cohen was flooded with congratulations and mazel tovs on social media…

Congratulations @Andy! All of us at @glaad are so excited for you and Benjamin. ?? https://t.co/oKG6IkQR1E

Congratulations @Andy on the greatest love of your life Benjamin Allen Cohen!!! ? ? ? Baby you’ve got #BAC

I know this is about @Andy and Baby Ben, but it also means @andersoncooper is an uncle! The entire thing makes me want to happy-cry. Bienvenido, Benjamin. You will be adored. https://t.co/5ZDJuuXwUX

@Andy congrats to the daddy of daddies! Baby BAC is so lucky to have you for a papa!??????

a million mazels to the kind, handsome + clever @Andy on the birth of his beautiful son, benjamin! welcome to the world. ???? pic.twitter.com/T72Yr0tBq2

Related: Twitter is filled with hate and vitriol for Andy Cohen after he announces he’s going to be a dad