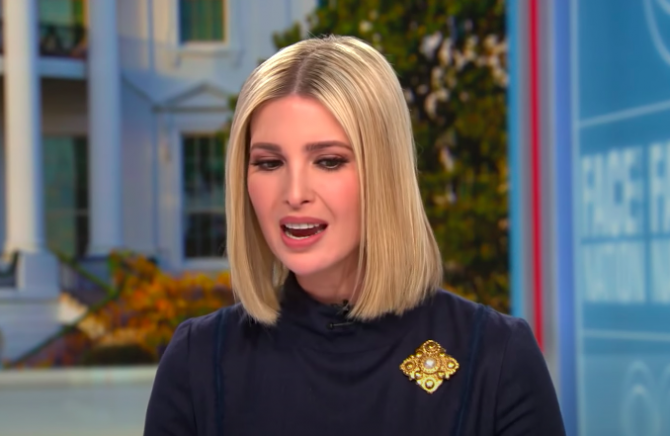 Ivanka Trump is getting her first taste of post-White House life and we’re guessing she doesn’t like it very much. The first daughter is quickly realizing that she’s not wanted, well, anywhere.

According to a White House insider, the first daughter is “worried that her promising political career is in jeopardy and she’s doing whatever she can to save her reputation.”

Related: Ivanka plans attending inauguration for the sake of her “promising political career”

Well, it doesn’t look as though she’ll be making an appearance at next week’s exclusive event since, as far as anyone can tell, she hasn’t been invited.

A White House source denied that the first daughter will attend the inauguration, and while we’re sure she would like people to think the Biden inaugural committee has welcomed her with open arms, it’s not actually clear that she would have been invited, in light of both the armed storming of the Capitol building and the fact that the proceedings are going to be pared down compared to past years. Presumably, the daughter of the guy who sent an army to stop Biden from becoming president would not be on the A, B, or even C-list for such an event.

Ivanka may feel she’s entitled to an invite, as the eldest daughter of the soon-to-be-twice-impeached, one-term President of the United States. Unfortunately for her, it seems like she’ll just have to watch it on TV, like everyone else.

Related: Eric Trump throws temper tantrum over everyone turning on his family, hangs up on reporter

In addition to not appearing to have been invited to Biden’s inauguration, Page Six reports that Ivanka and her husband, Jared, were told they “need not apply” to the swanky Indian Creek Country Club near that $30 million plot of land they bought last month in Miami:

A local source sniped, “You have to be nominated and make a formal application. But it only takes one member to object against any new member, and many members are objecting, particularly after the events at the Capitol on Jan. 6.”

“Jared and Ivanka can lunch with their fellow ‘patriots’ at Mar-a-Lago. The Indian Creek Country Club members are very picky and the word is that Javanka need not apply.”

Related: Unwanted Ivanka memes are the gifts that keep on giving