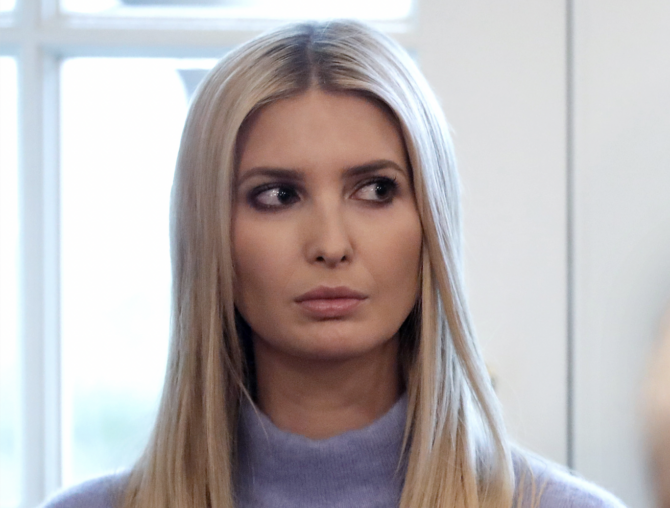 Ivanka Trump appeared virtually before the January 6 committee yesterday and, based on what has been reported, it sounds like some tea might have been spilled.

The former first daughter answered questions for eight hours and didn’t assert any privileges or invoke the Fifth Amendment, setting her apart from other ex-Trump officials who have done everything they can to avoid testifying before the committee. That said, she could’ve been lying through her teeth the entire time. But eight hours is significant.

Related: It sure looks like Ivanka is about to flip on her father in surprise meeting with Jan. 6 committee

She also appeared before the panel without a subpoena, which committee chair Rep. Bennie Thompson said “has obviously significant value.” We should note, however, that she did delay the interview for several months. The committee first reached out to her for an interview back in January.

Ivanka Trump has now testified before the Jan. 6 committee. She was with her father at the rally before the assault on the Capitol and in the oval office throughout the attack. Here's a breakdown on her testimony. pic.twitter.com/4me60OEXnw

Ivanka’s testimony came a few days after her husband, Jared Kushner, appeared before the panel and offered what committee member Rep. Elaine Luria described as “helpful” information. Rep. Thompson rather cryptically added, “There were some things revealed, but we’ll just share that a little later.”

Per The New York Times:

Ms. Trump was one of several aides who tried to persuade the president to call off the violence that ultimately injured more than 150 police officers and sent lawmakers and Vice President Mike Pence fleeing for safety, according to evidence gathered by the committee. She is not known to have been associated with the more extreme supporters of the former president who spread lies about widespread fraud after the 2020 election and planned efforts to try to keep him in power.

On the day of the attack, Ivanka took to Twitter to tell the people fighting on her father’s behalf: “American Patriots ― any security breach or disrespect to our law enforcement is unacceptable.” A backlash immediately ensued for her use of the word “patriots” in place of “domestic terrorists” and she quickly deleted the tweet.

Do you think Donald Trump should be WORRIED now that both Jared and Ivanka have testified before the January 6 committee?

Ivanka Trump testified to the January 6 committee. I don't trust a thing she said.

Are Jared and Ivanka scheming to take down Donald?

Quite a week for daughters of monsters. Ivanka testified for 8 hours yesterday before the 1/6 committee about her father’s role in the insurrection. Today Putin’s daughters are sanctioned for their father’s unprovoked war in Ukraine. Women with criminal paternal lines.

Don’t be fooled by Ivanka Trump. She’s just as bad as her father.

“There were some things revealed, but we’ll just share that a little later,”Bennie Thompson said of Kushner’s testimony. Same surely of Ivanka’s 8 hours yesterday. The Committee is gathering nuggets to present to maximum effect, probably in the hearings. Very strategic.

Ivanka and Jared should have testified in public, on TV. Just like Hillary did for 11 hours.

Did Ivanka flip on her daddy today?

She really want a ticket to next years Met Gala so perhaps.#January6th

In January, Mary Trump went on MSNBC to predict Ivanka would eventually flip on her father to save her own skin and was likely making a “calculation” as to what will “help her in the long run.”

“She knows she has to come down on the right side of things,” Mary said. “Or, she’ll continue to stay her father’s ally, and have to see how that plays out.”