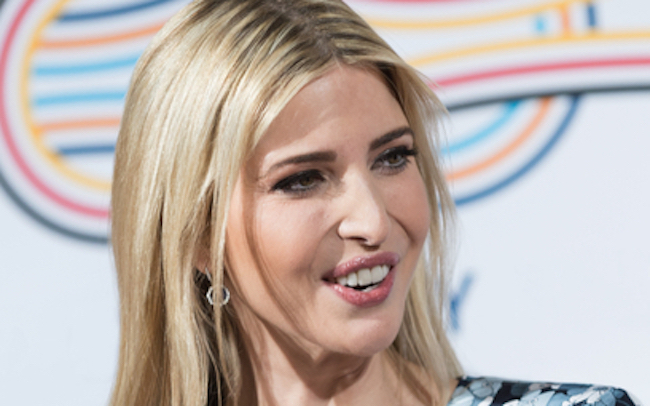 Ivanka Trump thought it wise to write a Tweet about Oprah Winfrey‘s triumphant Golden Globes speech on Monday, and now the Internet is vexed and confused.

Related: Jared and Ivanka are miserable and spiraling in “a world of sh*t”, insiders say

For a quick refresher, here’s an excerpt from that speech:

“I want all the girls watching here and now to know that a new day is on the horizon! And when that new day finally dawns, it will be because of a lot of magnificent women, many of whom are right here in this room tonight, and some pretty phenomenal men, fighting hard to make sure that they become the leaders who take us to the time when nobody ever has to say, ‘Me too’ again.”

Of course, “me too” is in reference to the #MeToo movement that’s inspired thousands of women to open up about their experiences being sexual assaulted, while #TIMESUP alludes to Time’s Up, an initiative in Hollywood in which women fight against the Weinstein effect in the industry and elsewhere.

Now, this tone-deafiest of Tweets is earning the Internet’s ire:

When there's absolutely no one to pick up the clue phone & the answering machine is broke. https://t.co/B5FrLwN6I2

so like how, in your mind, did you see people reacting to this

So… who wants to tell her. https://t.co/bm4k8GJyRF

Ok, who's going to tell her? https://t.co/MUhkcquJNW

Who’s gonna explain this to her. https://t.co/NPZiJEKwLB

And, in case the above examples beat around the bush, this one sums up the problem succinctly:

She was talking about your Dad, girl. https://t.co/Ts2WS7l0L9