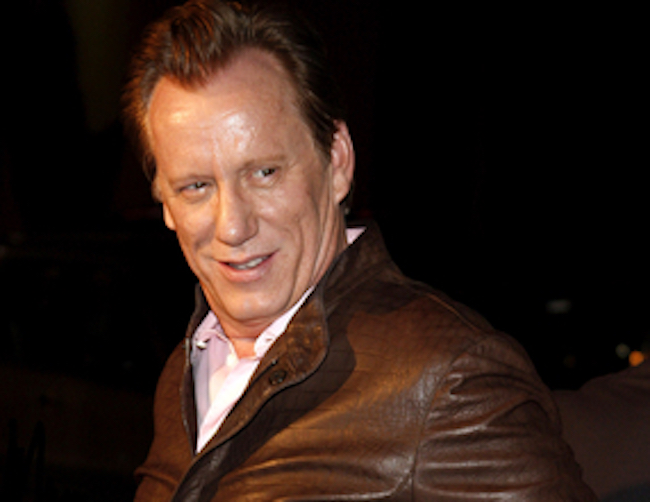 James Woods is defending a homophobic, wincingly cruel tweet about a boy who proudly wears makeup and dresses.

The staunch Donald Trump supporter and all-around scary person posted the below pic to Twitter, castigating the boy’s parents for letting him play dress-up: 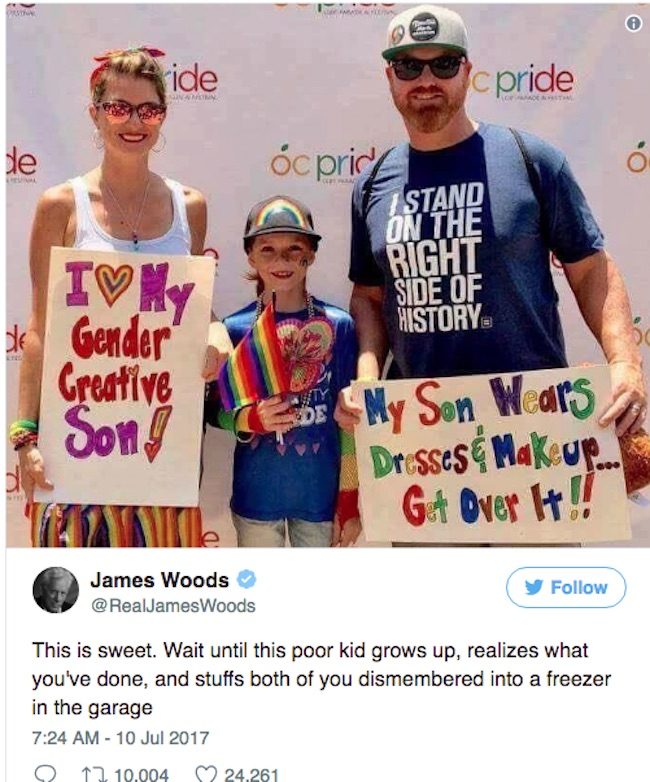 “This is sweet,” he writes. “Wait until this poor kid grows up, realizes what you’ve done, and stuffs both of you dismembered into a freezer in the garage.”

How I Met Your Mother star Neil Patrick Harris happens to know the couple in the photo, and he immediately condemned the comments.

Related:This boxer targeted a queer teen on Twitter — and he doesn’t plan to apologize, either

“Utterly ignorant and classless, Mr. Woods,” he writes. “I’m friends with this family. You know not of what you speak, and should be ashamed of yourself.”

Woods, however, didn’t back down, and said he’s not remotely homophobic:

“Using one’s child as a social justice propaganda doll is tantamount to child abuse,” he writes. “This is not about homophobia. Nice try though.

“For the record I have supported human rights of all stripes and persuasions, colors, creeds, choices and preferences my entire life. Period.

Some children can be ruthlessly cruel to children who are simply different in any way. I humbly suggest making your child a target is unwise.

I spent my entire adult life in the New York theatre scene, kids. I have more gay friends than Liberace. So let’s stop the homophobia train.”

None of this is particularly surprising coming from Woods, who has a long history of making tasteless, antigay comments.

A few months back, he tweeted a photo of Anderson Cooper making a funny face, adding the caption: “His butt plug dislodges during a newscast”.