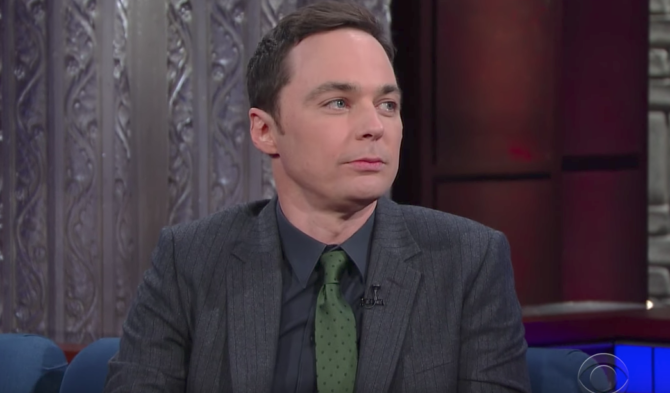 Did you hear? Stephen Colbert is a raging homophobe. Not only has he been fired from his totally unfunny show (sad!), he’s also been tarred and feathered. Confused tourists have reported seeing the disgraced former host stumbling around Times Square, accosting passersby with crude jokes and begging for tips. Oh how the mighty have fallen.

Oh wait, none of that happened because there are actual real problems in the world.

Regardless, Colbert addressed the #FireColbert “controversy” during his opening monologue Wednesday night, acknowledging he may have been cruder than necessary, but stopping short of offering an apology.

Related: Stephen Colbert addresses #FireColbert controversy: ‘I would do it again’

“So you weren’t fired?” Parsons asks Colbert as he settles in, tongue already firmly in cheek.

“No, I wasn’t — unless you know something I don’t?” Colbert quips back.

Then Parsons really holds Colbert’s feet to the coals, asking, “Are you feeling homophobic?”

“I thought that was a very strange tag to put on the whole monologue,” Parsons says in actual earnest.

“You taught me new terms,” he continues. “As a gay man, I didn’t know certain things — that’s titilating.”

You can watch the exchange, which happens at the beginning of the interview, below: