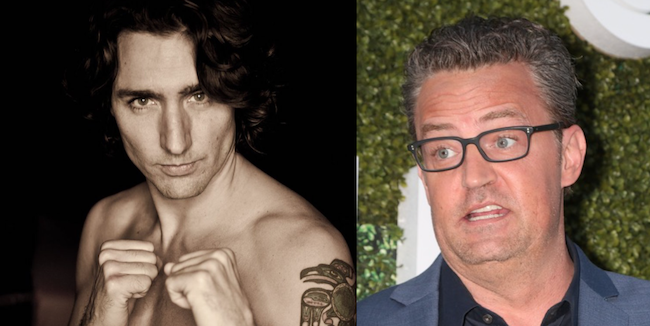 In an April Fools tweet, Trudeau suggested the two men should duke it out as adults.

“I’ve been giving it some thought,” he joked on Twitter. “And you know what, who hasn’t wanted to punch Chandler? How about a rematch?”

Related: This revealing picture of Justin Trudeau has gone viral for all the right reasons

As you can see below, Perry politely rejected the offer:

Perhaps that’s for the best. Before entering politics, the athletically gifted Trudeau worked as a bouncer, and he can also do this:

In 2012, he pummeled Canadian Conservative Patrick Brazeau in a charity boxing match, where he allegedly “pounded his foe into submission with a series of unschooled but powerful haymakers,” according to newspapers.

We all know how that one went.