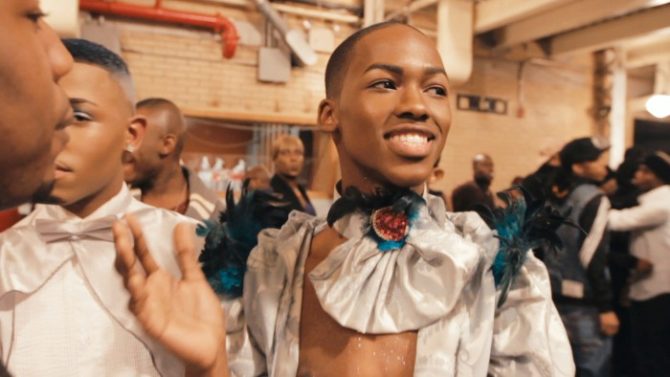 Kiki, which documents the lives of LGBTQ youth in New York City’s ballroom scene, has debuted a new trailer, and it is bursting at the seams with all the life.

It’s billed as a sort of Paris is Burning for the millennial set, but no matter how old you are, where you come from or how you identify, this is a must-watch. In fact, we’ve nominated Kiki in the Documentary category of this year’s Queerties, so if you’re feeling the trailer, head over and show it some love.

Related: Let ‘The Sissies’ vogue you right on out of those 2016 blues

25 years after Paris Is Burning introduced the art of voguing to the world, Kiki revisits New York City’s thriving underground ballroom scene. It’s a larger-than-life world in which LGBTQ youths of color are empowered by staging elaborate dance competitions that showcase their dynamic choreography, fabulous costumes, and fierce attitude. It’s also a safe haven for struggling, at-risk teens who find acceptance, support, and friendship within the Kiki community. Granted intimate access to the scene, filmmaker Sara Jordenö introduces viewers to some of Kiki culture’s most prominent personalities, going beyond the glamour of the balls to highlight the serious challenges facing queer black and Latino young people. Bringing together heartrending personal stories with incredible displays of creative expression, Kiki is “exhilarating…an indelible, must-see ode to gay New York” (Manohla Dargis, The New York Times).

Check out the new trailer below:

Written and directed by Sara Jordenö and co-written by Twiggy Pucci Garcon, Sundance Selects will release Kiki in select theaters and on VOD on February 24th.