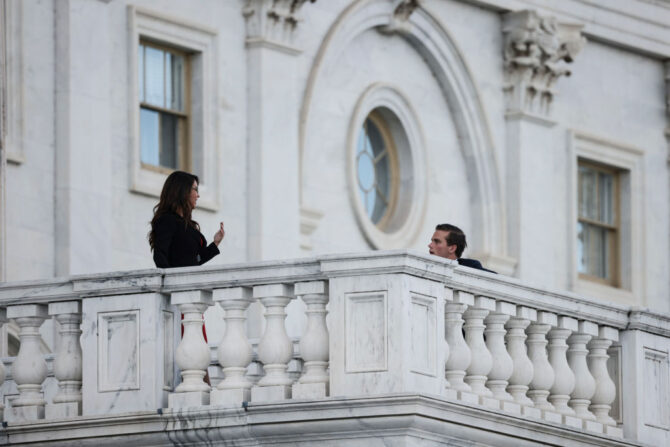 Lauren Boebert is having a very, very bad day on Twitter thanks to her BFF Madison Cawthorn losing his primary.

So what does Boebert have to do with any of this?

Well, now that Cawthorn has officially been made a one-term member of Congress, people are hoping the same goes for Boebert.

Now that North Carolina’s GOP primary is in the bag, all eyes will soon turn to Colorado. Much like Edwards, Coram will no doubt see a flood of donations from people eager to unseat the gun-toting QAnon congressman. In fact, he’s already begun using Cawthorn’s defeat to raise money for his own campaign.

Last week, several former employees of Boebert’s Colorado diner called her a “monster” who didn’t pay them on time and claimed she once pulled a gun on an Obama supporter in a report published by Mother Jones.

The employees also alleged that they were paid in cash, with no taxes being deducted, and that Boebert spent huge amounts of money on things like breast implants, private schooling for her children, and a new Cadillac Escalade before paying them.

Lauren Boebert is going to lose her job just like Madison Cawthorn.

How does someone like Lauren Boebert get elected to Congress in the first place?

Madison Cawthorn's loss & Barnette's loss in PA means Lauren Boebert, Matt Gaetz, and Marjorie Taylor Greene are susceptible to the same fate. The radical "Ultra MAGA" extremists are losing everywhere. I predict the GOP will release dirt on these criminals before their elections.

Soon Lauren Boebert will have to go back to giving her customers dysentery with the room-temperature trichinosis sliders at her (pun intended) shitty restaurant.

Don't forget it was Lauren Boebert who let the J6 insurrectionist know where they could find Nancy Pelosi's office.
Time for her to go ?? to Jail!

Lauren Boebert paid her rent and utilities bill with campaign funds. This is a concrete violation of FEC laws. Why hasn't she been arrested?

Yes, I'm glad Madison Cawthorn is gone.
And yes, I hope Lauren Boebert and MTG are next.

But the GOP will just replace them with quacks like Dr. Oz or people who attended 1/6, of which 7 were voted in yesterday.

The GOP is not salvageable and is now just a cesspool of hate.

First they came for Madison Cawthorn, and I did not speak out—because he's a piece of shit.

Then they came for Marjorie Taylor Greene & Lauren Boebert, and I did not speak out— because I was too busy laughing.#DemVoice1 #BlueVoices #wtpBLUE

This is your Republican Party of Trump. pic.twitter.com/9nxJwALpEX