Lil Nas X has finally released his debut album, Montero, today. Please buy or stream it and help it get to number one.

However, as if releasing Montero was not enough for his fans, he’s also released another single and dropped another amazing video.

The groundbreaking video for ‘That’s What I Want’ finds the rap star yet again pushing the envelope.

Here are just a few highlights.

• Lil Nas X exploring his football locker room sex fantasies and getting steamy in the shower with another player. The scene pointedly includes Lil Nas X opening up a condom, sending out a safer sex message just weeks after DaBaby was criticized for his ignorant comments about HIV.

• Lil Nas X paying homage to Brokeback Mountain, and getting it on again with the same football player, both now dressed as cowboys, in a tent. 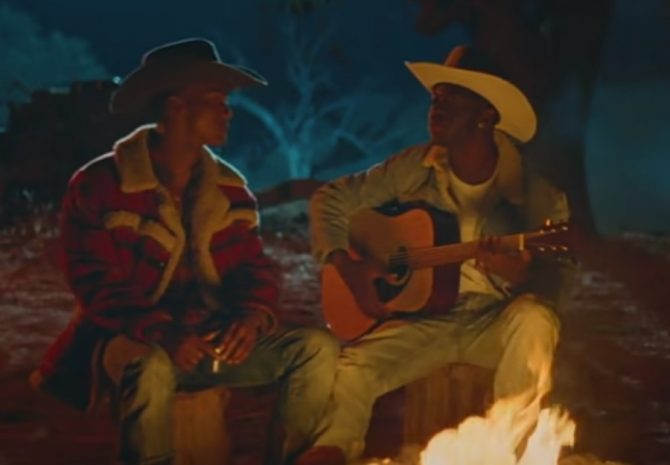 • Lil Nas X, in a twist, finding out that he can’t pursue a relationship with said man.

• Billy Porter in a cameo role!

Quite frankly, we can’t remember seeing such an explicitly gay video from a mainstream star since… well, ever.

Lil Nas X spent the night tweeting about the release of his new album, including a video of him finally “giving birth” to the long-gestated magnum opus. The doctors attending him refer to his “bussy waters” breaking and the baby being on its way.