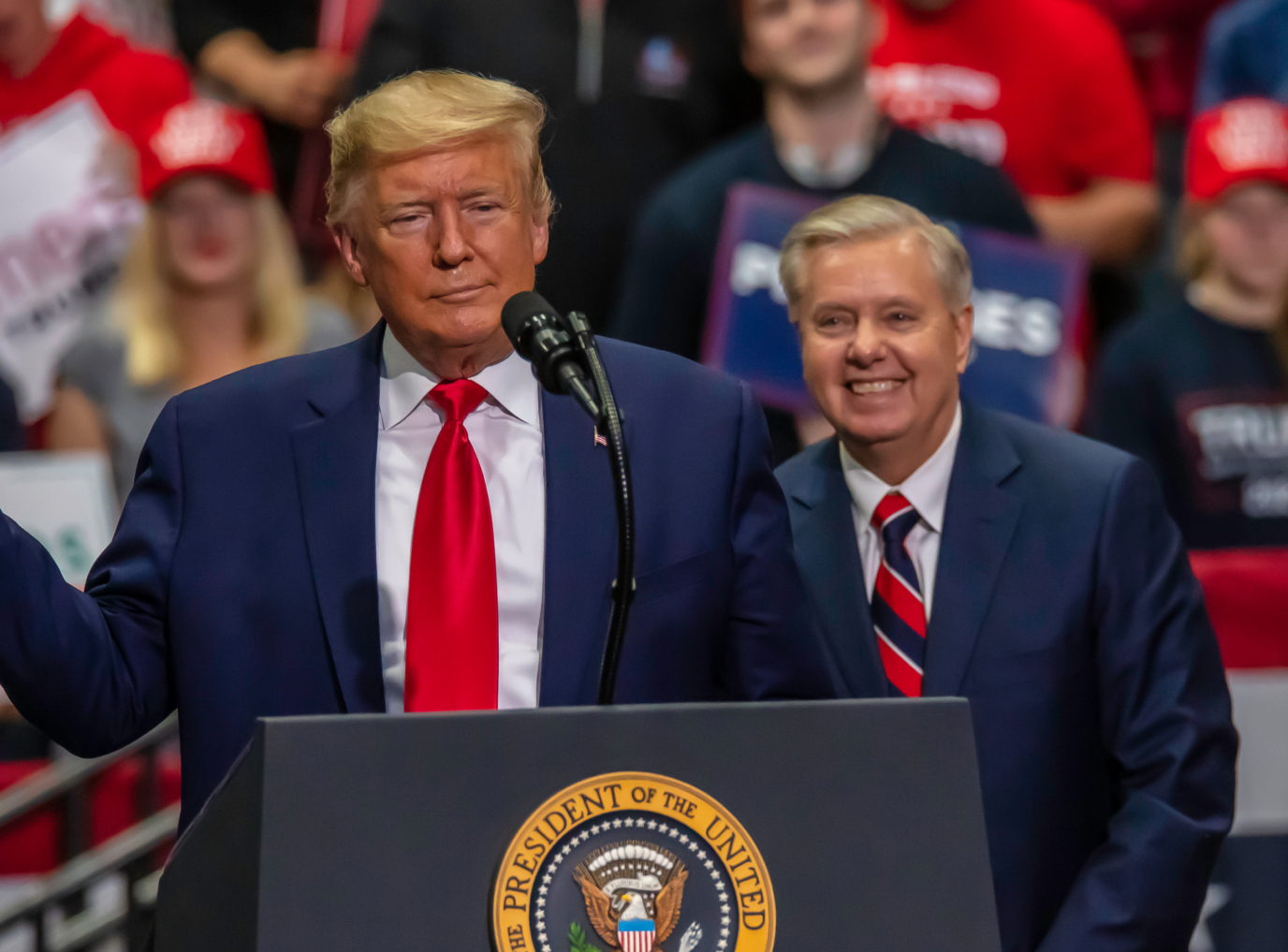 The anti-LGBTQ senator from South Carolina plans to join the one-term, twice-impeached ex-president for the official launch of his 2024 South Carolina campaign team later this month.

Trump announced this week that he’ll be flying to Columbia, South Carolina to reveal the people he’s tapped with leading his campaign strategy in the Palmetto State, which is one of the first to vote in the Republican presidential primary.

He’ll be joined by Graham, along with South Carolina Gov. Henry McMaster and several members of the state’s congressional delegation and legislature, at the South Carolina State House on January 28 for what is being billed as an “intimate” gathering.

The fact that Graham plans to be there is pretty incredible given the fact that he’s currently ensnared in a pretty serious investigation into Trump’s alleged meddling in the 2020 election in Georgia, which could easily end Graham’s political career and possibly land him in prison.

After unsuccessfully trying several times to weasel out of his subpoena, Graham was ordered to testify before a 23-person special grand jury last November about two phone calls he made on Trump’s behalf to the Georgia Secretary of State during which he asked if he could “explore the possibility of a more favorable outcome for former President Donald Trump.”

The special grand jury wrapped up its months-long investigation and sent its final report to Fulton County District Attorney Fani Willis just before Christmas. Willis hasn’t said what she plans to do next, but it’s widely believed she’ll seek criminal charges against the ex-president, and perhaps Graham and others, as well.

A hearing on whether to make the report public is set for January 24, just four days before Trump’s South Carolina event. Fulton County Superior Court Judge Robert McBurney, who’s been overseeing the jury’s work, will decide how much of the report should be released and when.

All that being said, one would think Graham would want to distance himself from Trump instead of cozying up even closer.

Why is Donald Trump doing rallies with Lindsey Graham?

Why does it look like Lindsey Graham is possessed by Donald Trump?

In December of 2015 Lindsey Graham @LindseyGrahamSC said of Donald Trump: "He's a race-baiting, xenophobic, religious bigot." All true, but now he's Donald's pocket pool playing partner. What dirt does he have on you Lindsey?