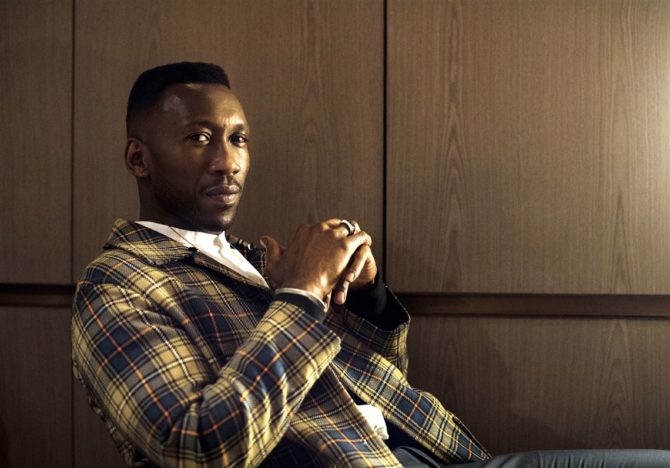 For the second time in three years, Mahershala Ali is a movie MVP. There’s a scene about 91 minutes into Green Book that made me certain the 44-year-old, who won the Best Supporting Actor Oscar for the 2016 film Moonlight, is destined to take home another naked little gold man on February 24.

It’s a climactic moment that’s guaranteed to be chosen as Ali’s Oscar clip after he’s inevitably nominated on January 22 for playing Don Shirley, a closeted black pianist touring in the Deep South during the early 1960s. In the scene, Shirley finally vents his gay, black frustration to his Italian-American driver, Tony Vallelonga (Viggo Mortensen), after spending most of the movie in the back seat, hiding behind cool detachment and precise enunciation.

Shirley’s rage and frustration as a gay, black man who didn’t fit in with whites or with blacks or in a straight society spoke to me because it echoes an inner conflict that has defined much of my life. I’ve felt his pain.

Apparently, the Hollywood Foreign Press Association was moved, too. On Sunday night, Ali won the Golden Globe for Best Supporting Actor, making him one of two performers — the other being Rami Malek, Bohemian Rhapsody‘s Freddie Mercury — honored for playing LGBTQ musicians.

Ali is now the Oscar frontrunner for a film that’s not nearly as good as his performance. Green Book is an enjoyable buddy movie that will probably vie for immortality via repeat TV screenings, a la 1994’s The Shawshank Redemption, but it’s been rightly criticized for its Cliff Notes take on the racial tension of the 1960s.

Green Book‘s version of Don Shirley may have had it easier than the real-life man did, but Ali gave him qualities and an inner life that weren’t necessarily on the page. The character isn’t particularly likable for most of the movie. In his first scene, he’s dressed like African royalty and seated on a throne while interviewing Tony for the job of his driver. That’s only the beginning of his pretentiousness.

But Ali slowly peels away the layers. While Shirley doesn’t think he’s better than anyone else, he’s overcompensating because he’s trying to prove to the white world that he can sit at their table. Sadly, he’s denied again and again throughout the movie.

The crux of his frustration over the arms-length treatment he receives from whites is that Shirley doesn’t feel he can seek solace in black communities. As his white chauffer, who has to introduce him to the genius of Little Richard, points out, he doesn’t even like the right music.

I’ve heard that one before. As I watched the aforementioned scene where Tony criticizes him for eating the wrong food and listening to the wrong music, I remembered another scene in a London record shop in the ’90s. The white cashier nearly lost it when I approached the counter with Shania Twain’s Come on Over CD.

“What?! I never would have expected you to be buying this,” he said. I smiled on the outside and seethed on the inside and left the scene without causing one.

My taste in music is far more inclusive than Shirley’s, and I’ve never tweaked my personality to be more acceptable to white people — I just am what I am. I’ve never been denied entry to a whites-only bathroom, never used booze as an antidote to loneliness and rootlessness, and never sat on a throne unless it was purely for ironic effect. 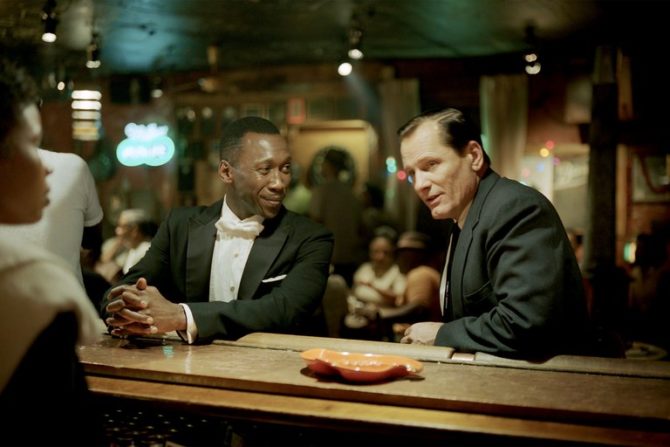 Still, there’s a lot of overlap between Shirley and me. His disconnect from whites and from blacks is something I’ve felt most of my life, something that began with the bullies who taunted me while I was growing up in Kissimmee, Florida, in the ’70s and ’80s.

Whites never fully embraced me, but like the main character in Moonlight, my black classmates were the ones who left me most battered, both physically and emotionally, for having a voice that was too high, too Caribbean, too white. I’ve long forgotten the pain of the slap across the face and the punch in the stomach that one of them delivered to me one afternoon for committing the crime of being me, but the emotional sting is as vivid in my mind as it was in seventh grade.

Interestingly, Ali won his first Oscar for playing a drug dealer who mentors a bullied black kid who would grow up to be gay — like Shirley, like me. In keeping with its shallow “Racism for Dummies” approach, Green Book doesn’t delve deeply into its black character’s sexuality.

Ali, though, conveys that struggle in ways the screenplay never does. His stilted, formal mannerisms betray his efforts to come across as neutrally as possible, both racially and sexually. When Tony shows up after officers detain Shirley for cavorting with a white man at a YMCA swimming pool, he’s sitting naked on the floor next to his hook-up. The way he gazes directly at Tony before looking forward and bowing his head slightly conveys resignation more than embarrassment, with just a smidgen of defiance.

For all of his attempts to pass — as acceptable to white people and to straight people — there’s no self-loathing in Ali’s interpretation of Shirley. He knows it’s not him, its them, and that might be what I related to most. Despite our differences, as I watched Ali as Shirley, navigating the life of a gay, black man in racist country, broken but never beaten, I felt like I was looking at me.