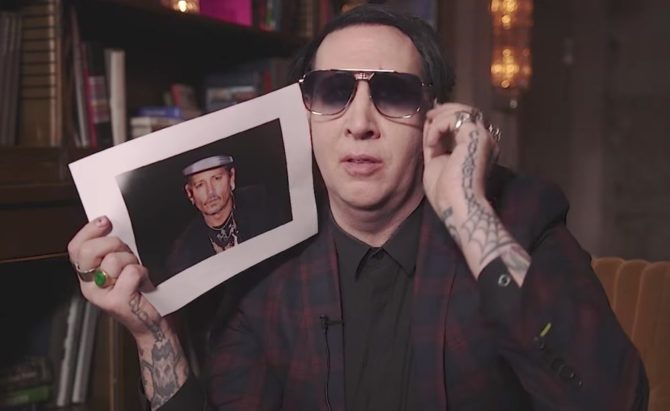 Who knew Marilyn Manson liked making gay jokes so much?

Unfortunately, his aren’t all that funny. And everybody knows that when a gay joke isn’t funny, it’s pretty cringe-worthy.

Well, everyone besides Megyn Kelly, who also made a couple of her own today.

Manson sat down for an interview with NME, where he was asked for his reactions to various photos — a sort of pop culture Rorschach test.

The first three topics he was asked to comment on were: Johnny Depp, Kiss, Charlie Hunnam.

And Manson offered some variation of a gay joke for: Johnny Depp, Kiss, Charlie Hunnam.

Meanwhile, he and Depp are “best friends” who just “want to hold each other,” and Charlie Hunnam has held Manson’s “Excalibur” in his hands (wink wink).

Watch below to see all three jokes (and more!) land dead on arrival: