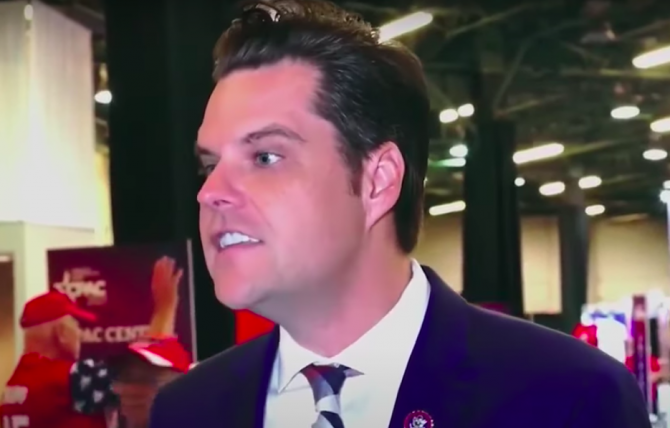 Matt Gaetz was a featured guest at the Turning Point US AmericaFest in Arizona last weekend, where he peddled 2020 election conspiracy theories while leaning hard into racial animus.

“We live in a world today where the left has seized unconstitutional power through mandates, driving people from their jobs, destroying the American dollar, shattering our economy, stealing elections,” Gaetz told the crowd.

“They openly campaign for racial reparations and bigoted policies that target white people. Let’s not prove our valor by enduring pain. I’d like to start dishing it out. Less fortitude, more attitude!”

Afterwards, his wife, Ginger Luckey, tweeted a photo of herself watching the speech from backstage, along with the caption, “Thankful for a husband who uses his gifts to inspire others.”

Thankful for a husband who uses his gifts to inspire others ?#MondayMotivation pic.twitter.com/RTCZ9b15Yi

As a general rule of thumb, when your spouse is under federal investigation for allegedly supplying multiple women (and at least one underage girl) with drugs, alcohol, and money in exchange for sex, it’s probably best not to talk about his ability to persuade people with his generous “gift” giving.

Also, is it just us or is that photo giving off serious “Poltergeist” vibes? 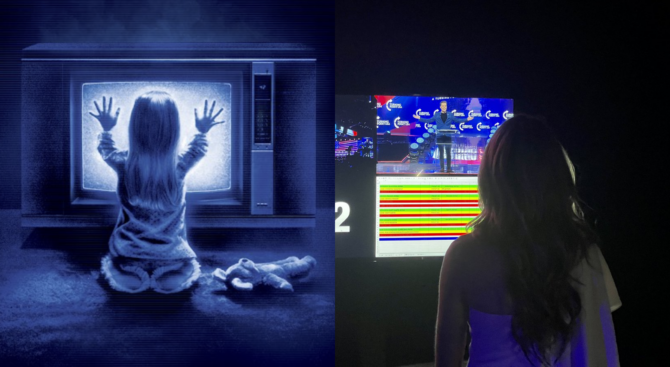 Please keep him away from the high school girls.

He definitely inspired people on January 6th. Please remind him to save his phone records, e-mails, text messages, etc. Spoilation of evidence is a crime. 😬😬

People tried to warn you

I thought he used his Venmo to give “gifts” to young girls.

There is a lot of things to be thankful for you. Your husband is not one of those things.

I must confess. I am not inspired.

Especially the little ladies 17 and under.

So you’re acknowledging Matt Gaetz gives Venmo gifts to underage girls to inspire them to have sex with him.