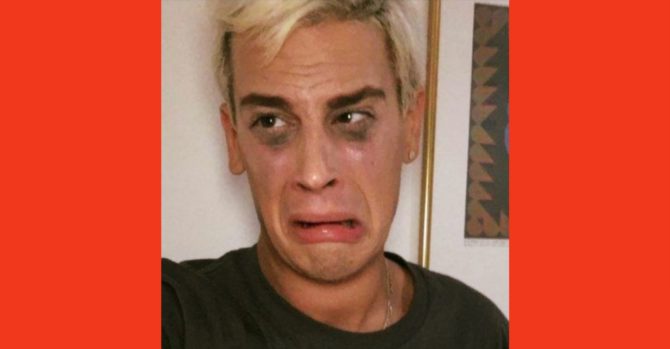 In fact, the fundraising site nixed his “comeback” campaign after just one day, The Verge reports.

Related: His business in shambles, Milo Yinnopoulos forced to lay off staff

“I’ve had a miserable year or two, banned and de-platformed and censored and blacklisted … and now I need your help,” Yiannopoulos wrote on the now-deleted fundraising page. “I want to get back on my feet and come roaring back in 2019 with the fabulous comedy and insightful, serious commentary that made me famous in the first place.”

He said he wanted to create a weekly late-night talk show to “take back the culture” and claimed he is “one of the most censored and most lied-about people in the world.” He also referenced the aforementioned debt, saying he is a “broke ass hoe.”

“After two years of relentless, dishonest attacks on me by the press, I got roughed up and lost my way,” he concluded. “It’s time to get back on the horse. Will you help me?”

The answer is a resounding no. “Milo Yiannopoulos was removed from Patreon as we don’t allow association with or supporting hate groups on Patreon,” the company tweeted on December 5.

Hi there, thanks for the tweet. Milo Yiannopoulos was removed from Patreon as we don't allow association with or supporting hate groups on Patreon. For more info, please see our Community Guidelines. https://t.co/L7737I1ENi

Well, that’s that. Back to square one, I guess!

The email also mentioned the amount that had been raised so far, but Yiannopoulos redacted it in the screenshot, perhaps indicating the total was embarrassingly low.

Related: One of Milo Yiannopoulos’ former interns stabbed his father to death for calling him a ‘nazi’

In case you missed previous episodes of the Milo Yiannopoulos trainwreck, the British firebrand was linked to white supremacists through leaked emails, banned from Twitter for inciting online harassment of Saturday Night Live star Leslie Jones, and reportedly pressured to resign from Breitbart after seemingly supporting statutory rape.

Meanwhile, no word on whether Yiannopoulos’s Patreon supporters will receive their “free Milo ringtones” and “elite-tier Milo coffee mug” rewards.