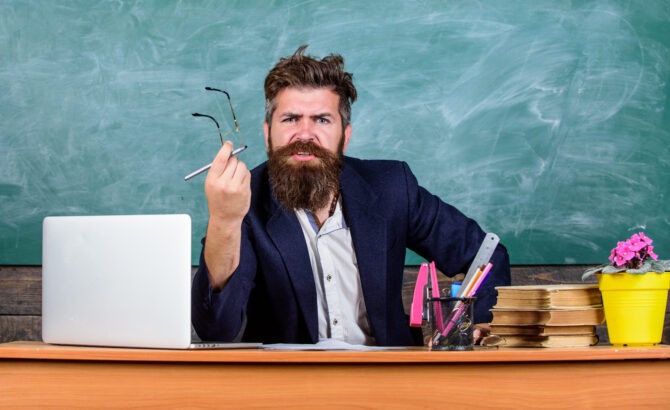 A high school in Springfield, Missouri welcomed back students for the first day of classes on Monday, but just outside the campus, protesters gathered.

In fact, two separate protests were held Monday at Kickapoo High School after Principal Bill Powers told teachers to remove any LGBTQ Pride flags from their classrooms before the school year kicked off.

The teachers were told the flags violate a school district policy on employee speech and conduct, but that explanation isn’t cutting it for local LGBTQ and ally activists.

One of the protests was organized by drag artist Brett Baxley, who graduated from a school in the same district in 2018.

“Issues in Springfield Public Schools are really close to my heart. As an existing queer person in SPS, I know how difficult it can be in this area,” Baxley told the Springfield News-Leader. “I know that teachers who were allies were one of the only reasons that I was able to make it through my high school experience.”

Baley Talburt, another district grad who showed up to protest, called the policy “absolutely ridiculous,” adding, “I can’t even put into words how mad I am.”

Baxley said the protest was not about “making a political statement about our existence,” but about maintaining the classroom as a safe space for LGBTQ students.

“Seeing a Pride flag signals safety to me. In this world, especially in this area, not everybody is going to take you at face value and just treat you like a human being,” he said. “When you see that Pride flag, you know that you are safe in the instance of your queerness. You don’t have to fear discrimination or poor treatment.”

He added: “We’re seeing this kind of thing happening across the country currently with right-wing people being elected to school boards. This is a national issue. It’s a district-wide issue and to just see it rear its head here locally is really jarring.”

The protesters hope the district will reassess its policy, and none of them want to see Missouri become the next state to mimic Florida’s current disaster.

Unfortunately, over a dozen states — including Missouri — have proposed variants of Florida’s so-called “Don’t Say Gay” law. A Missouri bill would ban “gender or sexual diversity training” in public schools.