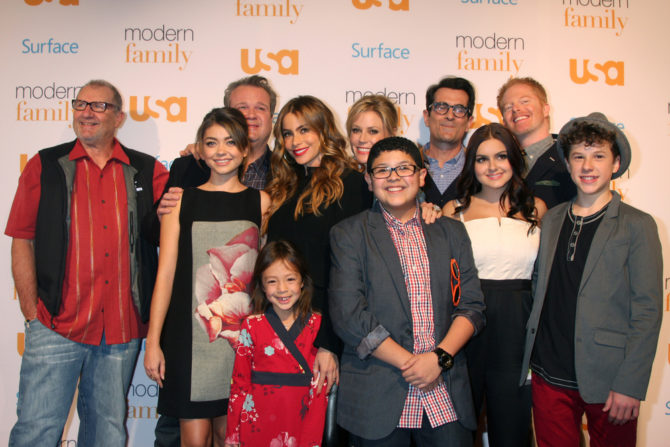 Could this be the first time a television cast launches a public campaign to make a character queer?

We’re going to go with ‘yes,’ but you’ll have to watch Modern Family next season to find out if it’s a successful one.

Sarah Hyland, who plays Haley Dunphy, went rogue on Twitter last week to address a fan theory that her character is bi. She feels certain that she is, despite not having consulted with the writers.

“I don’t know what the writers would say? But I confirm,” Hyland tweeted to a fan who asked if the theory was true.

He continued: “You know, our show has established itself as very forward thinking about that kind of stuff. So, yeah. I mean if it happens I’d be happy and I’d be very supportive!”