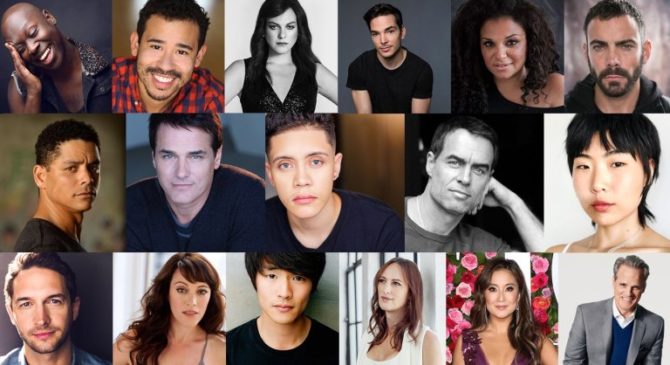 Netflix just dished out a major casting update to its upcoming reboot of Armistead Maupin’s Tales of the City, set to premiere in 2019.

Back in April, the streaming giant confirmed that Laura Linney and Olympia Dukakis would reprise their roles as Mary Ann Singleton and Anna Madrigal in the San Francisco-based production, to be joined by Ellen Page and Barbara Garrick.

Josiah Victoria Garcia will play a new trans resident of 28 Barbary Lane, “Jake Rodriguez”, who is a caregiver to “Anna”. His girlfriend, “Margot Park”, will be played by May Hong of High Maintenance.

Per the official synopsis: “This next chapter follows Mary Ann (Linney), who returns home to San Francisco and is reunited with her daughter (Page) and ex-husband Brian, twenty years after leaving them behind to pursue her career. Fleeing the midlife crisis that her picture perfect Connecticut life created, Mary Ann returns home to her chosen family and will quickly be drawn back into the orbit of Anna Madrigal (Dukakis) and the residents of 28 Barbary Lane.”

The series spotlights LGBTQ people both in front of and behind the camera. Showrunner / Executive Producer and writer Lauren Morelli (Co-Executive Producer and writer Orange Is the New Black) and Producing Director and Executive Producer Alan Poul (Tales of the City, Six Feet Under, The Newsroom), who are both part of the LGBTQ community, assembled an entirely queer writing team comprised of Andy Parker, Patricia Resnick, Marcus Gardley, Jen Silverman, Hansol Jung and Thomas Page McBee to create the authentic and multigenerational LGBTQ characters and stories.