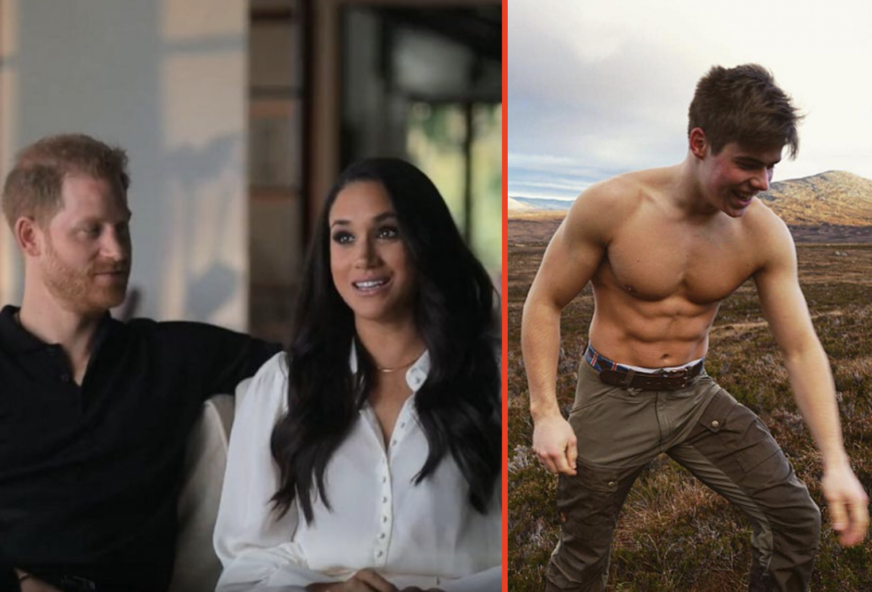 Netflix just dropped another trailer for its eagerly-anticipated Harry & Meghan docuseries. The steamer announced it will release the first three episodes this Thursday, and then three further episodes on December 15.

From the clips that have appeared so far, it’s clear Harry and Meghan wish to give their side of the story: What happened when they wed, and why they felt the need to step away from being working royals.

Various members of the Royal Family will no doubt be dreading the revelations to come.

Today’s trailer shows Harry talking about the “hierarchy of the family”. He recalls how insiders “leaked and planted” stories in the press and speaks about the “pain and suffering of women marrying into this institution.” He also says he didn’t want history to repeat itself, summoning up the memory of his mother, Princess Diana.

Now that Prince Harry has relocated with his family to California, it would be tempting to think the Royal Family has lost its hottest male member.

23-year-old Arthur Chatto is the grandson of the late Princess Margaret. As such, he was the great-nephew of Queen Elizabeth II, and is now 29th in line to the throne. He is the son of Lady Sarah (Margaret’s daughter) and Daniel Chatto.

Chatto largely stays out of the limelight but does join the wider Royal Family for important occasions, such as the late Queen’s Platinum jubilee in the summer. He turned heads by wearing his Royal Marines uniform. He also attended her state funeral.

In 2019, when still at the University of Edinburgh, Chatto made waves by posting a shirtless post to his Instagram. Vanity Fair promptly dubbed him the “new royal bachelor” and he quickly picked up over 150,000 Instagram followers. He later deleted the account after he was accepted to train as an officer in the Royal Marines.

Thankfully, the internet never forgets and his old photos continue to pop up on fan accounts.

Arthur posted public good wishes to Harry and Meghan when they wed and we suspect he will be sitting down to watch their Netflix documentary since he previously told The Telegraph in the UK that he watches The Crown.

“Yes, I have watched it … I guess it’s only an interpretation. So I just kind of remember what they’re actually like and don’t let the TV persona mar my judgment of any of them.”