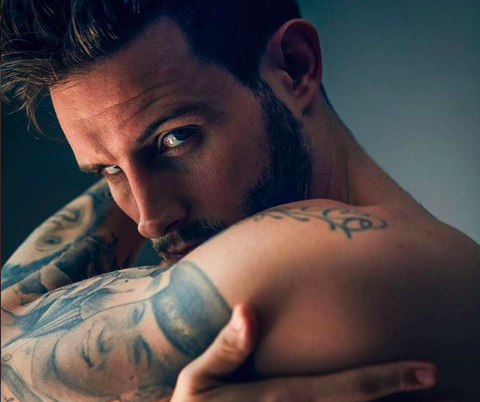 This just in, folks: Nico Tortorella is currently hard at work on his second book, which he describes as “a narrative-memoir hybrid.”

Nico’s first book, All of It Is You: Poetry, was published earlier this year. GQ called the 256-page collection of poems “impressive,” and Entertainment Tonight said it offered “an intriguing glimpse into the actor’s mind.”

mean it. i’m still in asia whilst trying to wrap up this narrative/memoir/theory hybrid i’m writing. the working title is LOVE Y’ALL, and I have a question for said y’all. how does one continue to write about the past, while simultaneously experiencing the present, at the same time conjuring up a brighter tomorrow? (asking for a friend) @cosmopolitan @cosmopolitan_philippines #allofitisyou #loveyall #niconiconico

He continues, “It’s so rare that you get offered a poetry book in the publishing world these days. So I jumped at the opportunity. I buckled down and wrote the book in 45 days.”

Nico says he tries to write almost every day.

“I can get out a lot really fast,” he says. “I wrote 7,000 words at three o’clock in the morning. Half of them might be garbage, but who knows?”

Related: Nico Tortorella reads his own poetry every day for spiritual guidance, is “obsessed” with his words

He adds, “I just need to be in the right mindset. I know more when I’m not supposed to be writing than when I am. My body’s like, nope, and when that happens, there’s no point in even trying.”

As for Love Y’all, that won’t be out for a while.