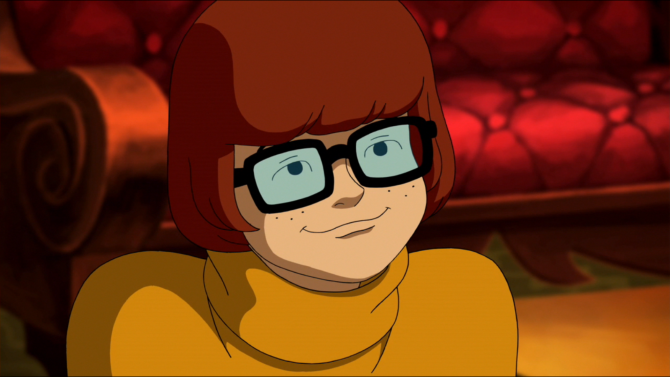 Fan-favorite character and cultural icon Velma Dinkley, the animated sleuth seen alongside Shaggy, Fred, Daphne and the rest of the Scooby-Doo detective gang, is officially a lesbian.

Filmmaker James Gunn, who helmed the 2001 live-action Scooby-Doo movie as well as producer Tony Cervone, who oversees the new animated series Scooby-Doo Incorporated have both confirmed that they tried to out the character in their work.

“I’ve said this before, but Velma in Mystery Incorporated is not bi. She’s gay,” Cervone said via Instagram. “We always planned on Velma acting a little off and out of character while she was dating Shaggy because that relationship was wrong for her and she had unspoken difficulty with the why. There are hints about the why in that episode with the mermaid, and if you follow the entire Marcie arc it seems as clear as we could make it 10 years ago. I don’t think Marcie and Velma had time to act on their feelings during the main timeline, but post reset, they are a couple. You can not like it, but this was our intention.”

Gunn says he also wanted Velma to be explicitly gay in the 2001 film, in which she was portrayed by actress Linda Cardellini. Though he even included scenes that portrayed the character in such a way, the studio blocked Gunn’s attempts and forced him to cut those moments.

“I tried!” Gunn said via Twitter. “In 2001 Velma was explicitly gay in my initial script. But the studio just kept watering it down & watering it down, becoming ambiguous (the version shot), then nothing (the released version) & finally having a boyfriend (the sequel).”

A total of 17 actresses have played the brainy, near-sighted Velma since making her debut in 1969. Those have included Cardellini, Facts of Life star Mindy Cohn, and even out-queer actress Hayley Kiyoko. Fans and commentators have long speculated about Velma’s sexuality, though the remarks by Gunn and Cervone are the first time creative personnel involved with the Scooby-Doo franchise have confirmed as much.