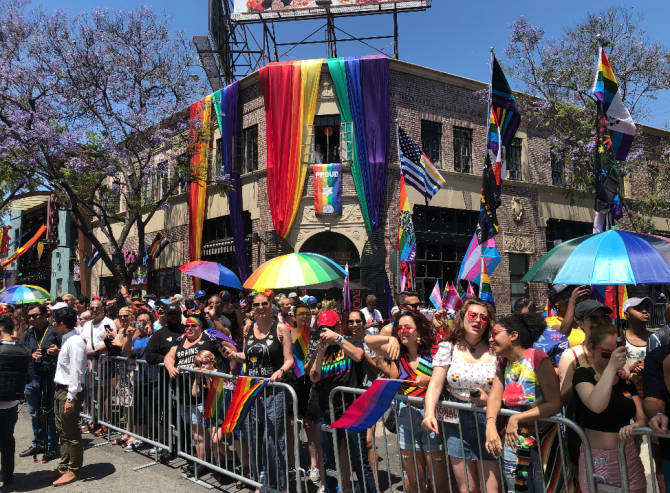 Christopher Street West, the organizer of LA Pride, has announced it will move Los Angeles Pride out of its historic location in West Hollywood beginning in 2021.

Christopher Street West released an open letter to the city of West Hollywood Tuesday, announcing the split. “The Board of Directors decided to take this approach for several reasons,” the letter reads in part. “These include construction in West Hollywood Park, the changing demographics of Greater Los Angeles, our commitment to being responsive to the LGBTQIA+ community’s needs, and our allyship and collaboration with other movements for social change.”

The move comes after several years of controversy. Christopher Street West has endured wide criticism for its ties to corporate sponsors and for not doing enough to encourage ethnic diversity within the festival. The group also endured a great deal of scrutiny in 2018 after CSW granted a lucrative contract to Craig Bowers, who also once served on the board, and who was the sometime business partner of then-president Christopher Classen.

This year frustration with CSW hit a boiling point this year with a planned Black Lives Matter protest. The group had initially announced a solidarity march June 14, the day the LA Pride Parade would have taken place. Organizers for Black Lives Matter condemned the march and CSW for not coordinating directly with Black Lives Matter activists, and accused the group and West Hollywood more broadly for discriminating against African Americans. CSW eventually passed the organization of the march off to Black LGBTQ+ Activists for Change, a separate activist group that focuses more on queer inclusion.

West Hollywood Councilman John Duran released a statement on Facebook vowing that a pride celebration would take place in West Hollywood, regardless of CSW’s involvement.

“Weho Pride in June will happen next year,” Duran wrote. “And every year as it always has on Santa Monica Boulevard in West Hollywood. Just not with CSW. I look forward to the new creativity, innovation and excitement that will occur for June 2021 (pandemic permitting!) and the years that follow!”

The annual Pride Festival has become a major revenue generator for the businesses of West Hollywood, many of which are LGBTQ owned. Already this year, several popular venues have announced permanent closures due to losses sustained because of the COVID-19 pandemic.

Christopher Street West has yet to announce a new location for its pride festival in 2021.

Update 7-16-20: This article has been updated to clarify that only one contract was granted to Craig Bowers by the board.