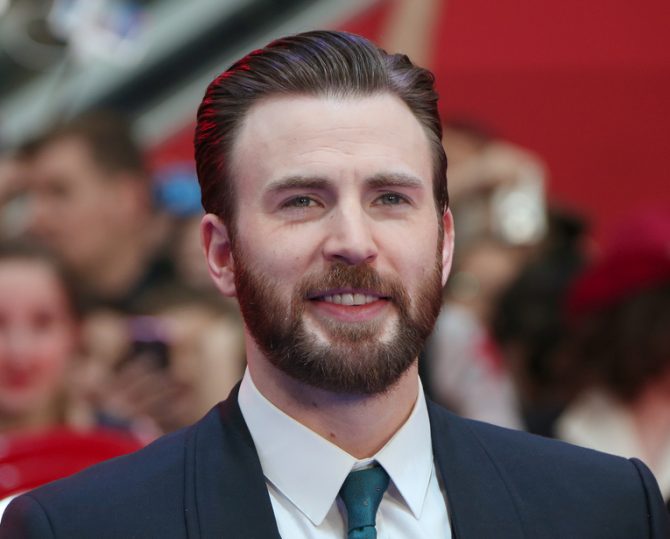 Chris Evans was in Washington, D.C. this week to talk about his upcoming political website “A Starting Point,” which will aim to teach people complex political concepts through short School House Rock style videos.

While there, the LGBTQ ally and outspoken critic of Donald Trump met with a number of lawmakers and politicos. Including… Senator Ted Cruz???

The antigay Texas Republican tweeted a picture of himself with Evans, along with the caption: “Just sat down for an interview w/ ⁦@ChrisEvans. Really nice guy. Caroline came up to DC to meet him. Almost nothing in the Senate impresses an 11-year old; introducing her to Captain America was pretty awesome!”

Just sat down for an interview w/ ?@ChrisEvans? Really nice guy. Caroline came up to DC to meet him. Almost nothing in the Senate impresses an 11-year old; introducing her to Captain America was pretty awesome! pic.twitter.com/PWK5Os9yL3

Evans told Wired last month that he co-founded “A Starting Point” after finding himself confused when trying to understand the political news of the day. He says the project will “create informed, responsible, and empathetic citizens” and “reduce partisanship and promote respectful discourse.”

Ag, no! @ChrisEvans. Disappointed but not surprised

bby, i told you not to go meet his ass when you left the house this morning. you don’t listen. pic.twitter.com/r7ZFMs6dbg

Chris Evans is a liberal who is a loud Trump critic. I have faith that if he sat down with Ted Cruz, it was for a sound reason.

I’m sure it was exciting for Chris to meet the Zodiac Killer.

Good for @ChrisEvans for doing an interview with someone across the political aisle. I dig it. pic.twitter.com/2n8r2Vwlub

Has he stabbed you in the back yet?

Did someone warn @chrisevans that this will get him cancelled? I mean, someone in Hollywood can’t be seen fraternizing with the enemy.

In all seriousness, good for him though. Disagreement shouldn’t preclude discussion.

People trying to excuse Chris Evans for talking smiling photos with Ted Cruz like he isn’t my senator and I’m not painfully aware of who is and the horrible things he’s done. pic.twitter.com/Ei9zB2hpNY

Thanks @ChrisEvans he put my child in a concentration camp