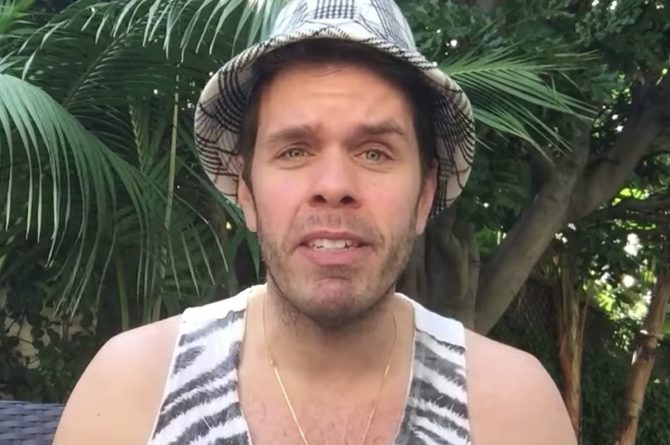 Perez Hilton is once again opening up about his dating life–or lack thereof–in a new podcast interview.

Hilton, whose real name is Mario Lavanderria, made a reputation for himself as a celebrity blogger, often relishing in star scandals, defacing pictures of famous actors, or implying that they’re gay. Now, as a contestant on the Australian version of I’m a Celebrity, Get Me Out of Here, he says his profession has harmed his dating life.

In an interview with Tanya Hennessy as part of a tie-in podcast for the show, Hilton claims gay men won’t date him because of his reputation.

“The baggage that I constantly carry with me that’s so visible and heavy, because of who I am and what I do it makes it really hard to date,” Hilton remarked. “The overwhelming majority of gay men don’t like me. That’s hard. I believe everybody deserves love and companionship.”

Related:Perez Hilton stands up to homophobic reality star… by making a bi-phobic jab at him

Hilton somewhat changed his approach to celebrity gossip following the suicide of 18-year-old college student Tyler Clementi in 2010. The death prompted him to take part in the It Gets Better campaign. He says it was the backlash from his participation in that that opened his eyes to the public’s perception of him.

“I thought I was doing something positive but the response I got to that video shook me to my core,” he claims. “The overwhelming majority of comments said, ‘How dare you make an It Gets Better video. You’re a hypocrite, you’re a bully. You’re part of the problem.’ It made me change everything.”

He continues, “You need to change because I don’t want to possibly contribute to somebody’s death or suicide or whatever it may be. Now I do things so differently.”

That change hasn’t done much to revitalize Hilton’s image, however. He still has trouble landing a date, and says he hasn’t had “sexy times” since 2016.

“I know that I’m a great partner and when I have – in the past – been in relationships, I’ve been an amazing boyfriend,” he asserts. “But it’s really challenging dating when you’re Perez Hilton.”

In the not-so-distant past, Hilton has come under fire for biphobia, joking about asexuals, defending Donald Trump, shaming female celebrities for not having children, and refusing to send his son to dance class so he can grow up “straight.”

Anybody turned on right now?

Subscribe to Queerty for a daily dose of #life #bully #i'macelebrity...getmeoutofhere! stories and more