Director Wanuri Kahiu’s much-acclaimed story of two Kenyan girls in love made waves on the international film festival circuit last year. This week, it finally comes to the US. Rafiki follows the romance of Kena and Ziki, two young women who fall for each other in a nation openly violent toward queer people. By turns cute, colorful and ice-cold terrifying (really), Rafiki joins the increasing number of films deemed “Afrofuturism,” a genre term that refers to an optimistic outlook of social and technological advancement for African nations and people of African descent (other recent additions include Black Panther and Supa Modo). More than that, the movie paints an optimistic future for queer folk as well, and provides smiles to the present, too.

Opens in New York April 19. A nationwide rollout will follow.

The Stream: Someone Great

In a continuing effort to be the gayest studio ever, Netflix also dropped this feminist comedy this week, which features supporting performances from Jaboukie Young-White and RuPaul. In a similar vein to Bridesmaids (the director of that movie, Paul Feig, also produces here), Someone Great centers on Jenny (played by Gina Rodriguez) who gets dumped by her longtime boyfriend. Rather than sulk, she enlists the help of her two best friends (Brittany Snow and DeWanda Wise) to run off to New York City for a girl’s trip. No doubt many queer people can relate to that situation, and since the movie comes with a hearty dose of hilarity, we just have to recommend it.

The Quickie: The Sh*t: An Opera

Los Angeles filmmaker Kevin Rios has just dumped—pardon the expression—his newest short film about the woes of power bottoms: The Sh*t: An Opera. Though not sung-through, the film does play like something Puccini could have written (despite the scatological title). Wracked with anxiety and insecurity, the film’s protagonist Frankie tries to accept himself as a hungry bottom before discovering advice from—shall we say—an unlikely source. Of his film, Rios says: “It’s about the self-induced panic one experiences when they are put in an extremely vulnerable position. Although we use gay sex to explore this theme, this anxiety applies to any sexually active adult, gay or straight. Too frequently queer experiences are labeled as ‘too much’ from the get-go; If audiences were already hesitant to watch the film due to its not-so-subtle title, I’m okay with that. The film wasn’t made for everyone, but it was designed to accommodate anyone who wanted to see it.”

In a more serious vein, activist and filmmaker Imara Jones releases the much-anticipated third chapter of her ongoing web documentary. Translash follows Jones’ own gender transition, and all that it encapsulates. That includes everything from hormone therapy to counseling to finding her own place as a transgender woman of color in contemporary America. This third chapter focuses on Jones’ return to her native Georgia to retrace her family roots, including her mother’s involvement with Dr. Martin Luther King, Jr., to her coming out to her teen cousins. Tender, thoughtful, and always engaging, Translash presents an intensely personal story with grace and warmth. As a work of documentary, it’s an astonishing act of artistic resolve.

The Dish: Ladies Who Punch

Ok, so we know a good number of you watch The View, whether you’d cop to it in daylight or not. Regardless, this new behind-the-scenes tell-all book will captivate fans and non-fans alike. Tracing the history of the Barbara Walters-led show from its 1997 debut all the way to the present, author Ramin Setoodeh spills the T on everybody: the disastrous hosting stints of Debbie Matenopoulos and Jenny McCarthy, the diva antics of Star Jones, the empty-headed tantrums of Elizabeth Hasselbeck and the wild mood swings of Rosie O’Donnell, who manages to come of as a valiant hero and an unholy terror. Yet the worst venom goes to Walters herself, portrayed as part Norma Desmond, part King Lear. Ladies Who Punch calls out Barbara for off-the-cuff firings, vindictive, career-killing grudges, and endless self-promotion all amid her own failing mental and physical health. It’s the best drama not on TV; we can’t wait for the movie version.

Available on Amazon and at fine retailers. 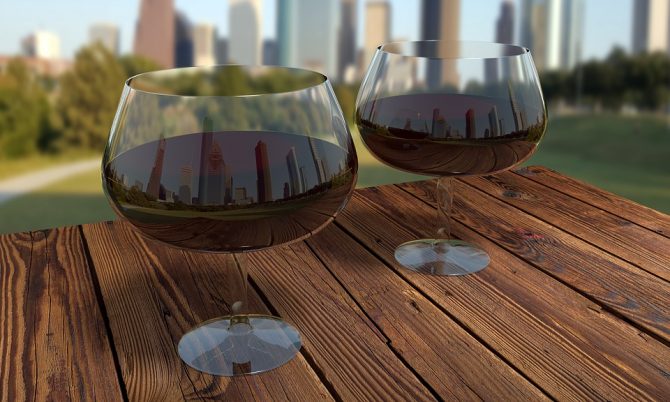 Yes, this week has a lot going on. What goes well with trans activism, young girls in love, besties on the rampage and a television bloodletting? We suggest a tall glass of pinot noir. Crackers and cheese optional, but encouraged.

the numbers are in
7