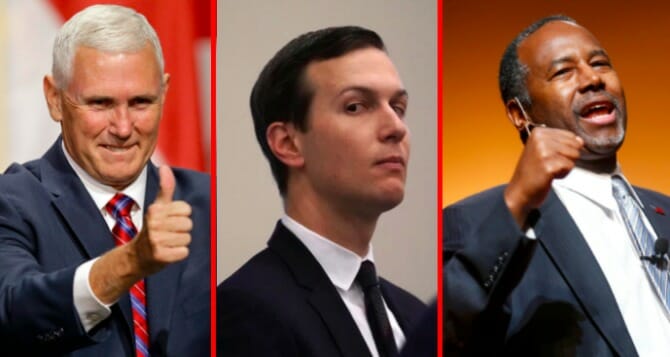 The good folks over at The Stranger recently conducted a survey about the “most f*ckable” members of the Trump Administration.

Nearly 9,000 people of various genders, backgrounds, and sexual orientations participated in the study.

Now, here are the eight members ranked by gay men:

And here are the rankings provided by bi guys:

Donald Trump comes in last for both groups.

The survey concluded by asking respondents how traumatized they were by having to imagine sex with these eight members of the Trump’s cabinet. They were then asked to slide a dot across a bar and place it in the spot that best corresponded to their feelings.

Gay men found the survey slightly more traumatizing than bi men, ranking the experience about a 6 out of 10, whereas bi men gave it about a 5 out of 10.

Related: What’s It Like To Have Kinky Gay Sex With Donald Trump?