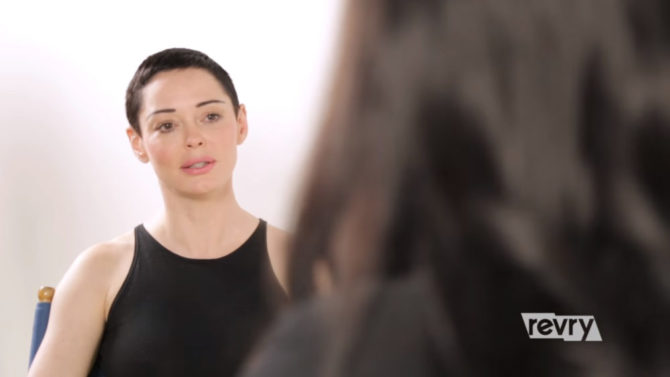 Rose McGowan is back in the headlines. Again.

The outspoken star of films like Jawbreaker and Grindhouse helped blow the lid off Hollywood producer Harvey Weinstein’s years of sexual abuse and harassment, making her a leading voice of the #MeToo movement. Time magazine even named her, along with several other prominent voices, 2017 person of the year.

McGowan, however, has a complicated relationship with the queer community. Though she’s starred in films like the Jawbreaker camp fest, she’s also taken her share of criticism for falsely labeling gay men “misogynistic as straight men, if not more so.” She’s also come under fire as transphobic for criticizing Caitlyn Jenner, following an altercation with a transgender woman at a press event for her memoir, Brave.

In an exclusive, one hour interview with transgender activist Ashlee Marie Preston, McGowan discusses her journey with the #MeToo campaign and her approach to LGBTQ issues.

The interview will air on Shook, a talk show from streaming service Revry, on February 23.

Here’s a sampling of quotes from the interview to wet your appetite for the whole meal.

“What people don’t understand a lot online about me is that the same Russian trolls, the bots they used against Hillary [Clinton], they’re doing against me. They’re doing it now.”

“The queer community was my safety. I was terrified of straight men; I was hated within that community.  They were my people, and to be ostracized from that by somebody who has done so many awful things to me, and so many others, is so deeply hurtful.”

“Imagine this brain stuck in that goddamn dress and high heels I was stuck in for 20 years. I was doing drag as a woman, and that’s what it felt like…There were so many levels of wrong to my life, and everything hurt.”

“I stopped smoking weed because my brain needed to be clear. I think cannabis is magical, but I think if you abuse it, it’s a way of…if you don’t like going home at night, and it’s like ‘I can’t feel, it’s too much.’ But I also had no other tools. I had none.”

Check out the preview here: