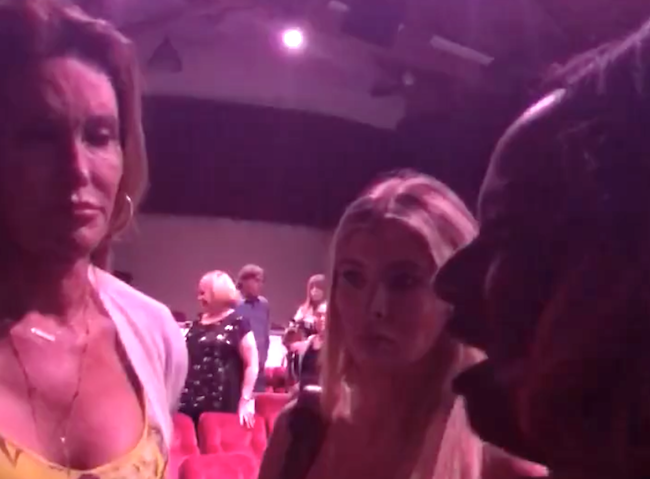 If you ever found yourself within scowling distance of Caitlyn Jenner, what would you say? What would you scream? What the hell would you be wearing?

Related: Caitlyn Jenner is either a liar or a fool (or both)

“You are directly responsible for what has happened with transgender soldiers and the military,” Preston says. “I am not afraid to say it to you, I am not. I am not afraid.”

Preston also gets angry at the co-chair for the event, Dena Williams, for accepting Jenner’s money: “You are complicit! Taking her money makes you complicit. It goes against the mission, Dena!”

When Jenner attempts to respond to Preston with “You don’t know me,” Preston replies, “Yes I do! It’s ridiculous. You’re a f**king fraud and a fake.”

In case you’re splishy-splashing through waves of ambiguity following Preston’s speech, she prefaces the clip with: “Caitlyn Jenner, you’re trash.”

Here is that particularly teachable moment for you.