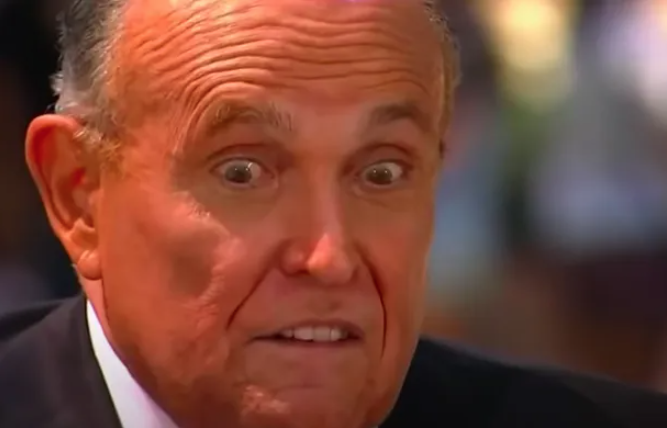 Rudy Giuliani, the embattled (former) attorney, has seen his bank account balance plummet almost as fast as his stature ever since he became Donald Trump‘s right hand man.

Recently, he’s been forced to lay off several members of his staff, as well as a number of independent contractors, in an effort to cut costs in the face of mounting legal expenses. Earlier this summer, Giuliani raised just under $10,000 to cover his legal bills on Fundly before the fundraising page vanished. He initially hoped to raise $5 million in two months.

One apparently vital staff member he kept around, however, was his 22-year-old Communications Director, Christianné Allen. But as the walls continue to close in on the former NYC mayor, Allen has had enough. She has officially resigned.

During her time at Giuliani Communications LLC, Allen traveled with Giuliani and led numerous initiatives to broaden his social media presence. We’ve certainly seen a lot of him on Twitter, but it was usually because of an incoherent outburst or melting face.

Still, Allen feels “blessed” for her time spent with Giuliani.

“As I reflect, I am proud of the accomplishments we achieved,” she said in a statement. “One of which was building Rudy Giuliani’s Common Sense podcast from conception to one of the top political podcasts in the country in under a year. Looking forward, I once again feel blessed to have the opportunity for continued growth and development within a rising tech startup.”

Allen’s departure comes at a precarious time for Giuliani, who is facing civil lawsuits related to the 2020 Big Lie and a federal investigation into his alleged foreign influence misdeeds. Now he’s also left to manage a new PR team.

That new team will be run by Todd Shapiro, whose former clients include the Lohan family and regional Hooters franchises.

He’ll need more than a club in Mykonos and mozzarella sticks to rehabilitate Giuliani’s image.