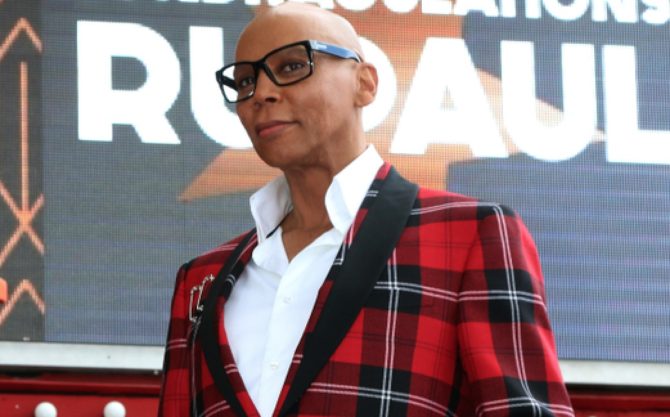 Category is… hot on-screen couples! A hunky actor has just been cast as RuPaul’s beau on the upcoming Netflix comedy AJ and the Queen.

According to The Hollywood Reporter, RuPaul — who co-wrote the 10-episode series — will star as Ruby, “a bigger-than-life but down-on-her-luck drag queen” who tours nightclubs across the country alongside AJ, an 11-year-old who stows herself away in Ruby’s RV.

And in the latest casting news, Orange Is the New Black star Josh Segarra will play Hector, Ruby’s boyfriend who has “a dark and dangerous side.”

You might also recognize Segarra from his roles on the TV shows Arrow and Chicago P.D. Or maybe you know the 32-year-old from Broadway: He originated the role of Gloria Estefan’s husband, Emilio Estefan, in the musical On Your Feet!

In real life, of course, Ru is in a committed relationship to a fellow no less hunky, having tied the knot with Wyoming rancher Georges LeBar in January 2017.

And though they haven’t even been married two years, Ru and LeBar have known each other for nearly two and half decades.

“I met him on the dance floor at Limelight in 1994 on his birthday,” the Emmy winner told Hollywood Today Live in March 2017. “We got married on his birthday, on the anniversary of the night we met.”

In a subsequent interview with ET, Ru said he and his leading man hadn’t seen a reason to walk down the aisle until then. ”If you are devoted to a person, nothing’s going to change that,” he said. “And after 23 years, I know him, he knows me. I love him. He’s my favorite person on the planet and I’ve met a lot of people.”

Sounds like attractive, thirty-something Hollywood stars can’t even come between these two!