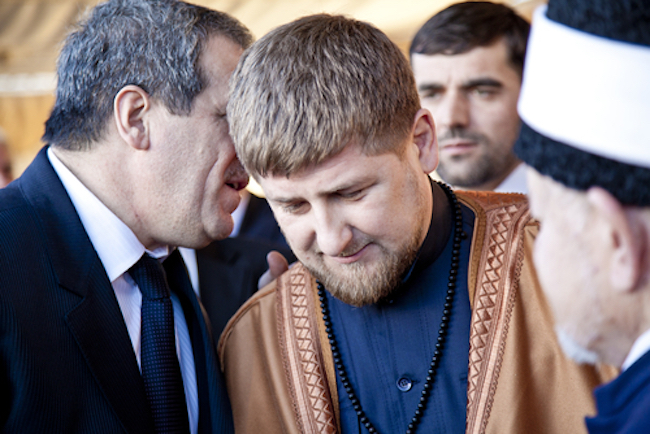 Twenty-six men have been systematically murdered as part of Chechnya’s antigay purge, according to the Russian newspaper that originally broke the story.

Over the last several months, horrific reports have been pouring out of the Russian republic since Novaya Gazeta first alleged that 100 gay and bisexual men have been detained so far.

The newspaper article claims one of the victims was even a member of Russia’s National Guard, the Rosgvardia — a report they’re categorically denying.

In a statement, they wrote that “there have been no incidents where National Guard servicemen would be killed in the North Caucasian district according to the pre-investigation check.”

Earlier, Novaya Gazeta reported they were “aware of six secret prisons, illegally (without due process) containing hundreds of detained citizens, including those suspected of homosexual orientation.”

Meanwhile, reports claim Lithuania is welcoming gay men trying to escape the purge. Two men have reportedly been granted Visas, and Linas Linkevicius is urging other countries to do the same.

“Today is zero-tolerance day against hatred, fear, discrimination of all forms of sexuality,” he wrote on Twitter. “Denying reality is not an option | #IDAHOT2017”.

Unsurprisingly, President Donald Trump is refusing to grant visas to people trying to escape the country.

Talknig to Buzzfeed, a spokesperson for Russia LGBT Network said they’re having “difficulty” acquiring visas that would let men escape this terrible fate.

“We were informed that the US is not going to issue visas for people from Chechnya,” the spokesperson said.

In turn, the U.S. State Department wouldn’t comment on these claims, issuing this party line instead:

“As visa records are confidential under U.S. law, we are unable to discuss individual cases.”

flag on the play
16 comments

flag on the play
16 comments