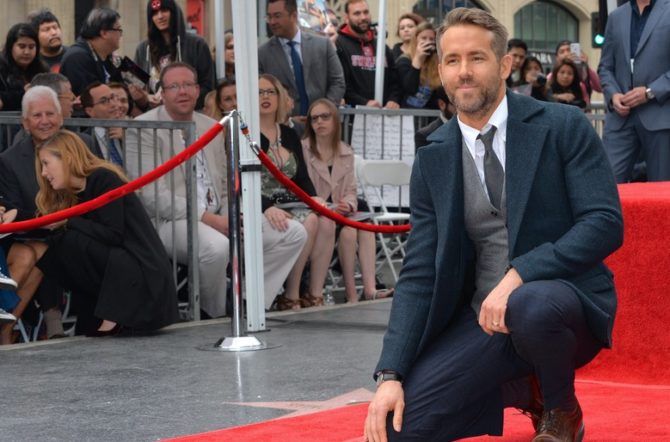 This just in: Ryan Reynolds has publicly proposed to a man.

The Deadpool 2 star is currently married to Blake Lively, so it sounds like there’s a rough conversation ahead.

The question was popped on a red carpet event for the new Deadpool flick.

Reynolds stopped to chat with IGN reporter Max Scoville, who told the star:

“I’ve been a Deadpool fan since I was a little kid. Here’s my fifth-grade English book report.”

Related: Ryan Reynolds and Josh Brolin have something to show you

Then he haded Reynolds the actual report, adding: “Can you take a look at that? I got a B- on that.”

“You did a fifth-grade book report on Deadpool,” Reynolds replied. “This is amazing.”

Starstruck, Scoville said: “No man, your movies are amazing.

Reynolds reiterated the reporter’s achievement: “Max, you did a book report on Deadpool in the fifth grade.”

Then he asked: “Will you marry me?”

“I think I’m spoken for,” Max replied. Wrong answer, Max — the correct one was “Yes.”

Max’s coworker then told Reynold’s Max is engaged, to which the actor quickly fired back:

“Great — we’ll move to a state that allows it.”

Deadpool 2 is being touted as the queerest superhero film to date, featuring a female same-sex couple, as well as Deadpool himself who is pansexual.

Yesterday I was supposed to interview @VancityReynolds about #Deadpool2, but instead I just fanboyed out and showed him the Deadpool book report I wrote when I was 10.