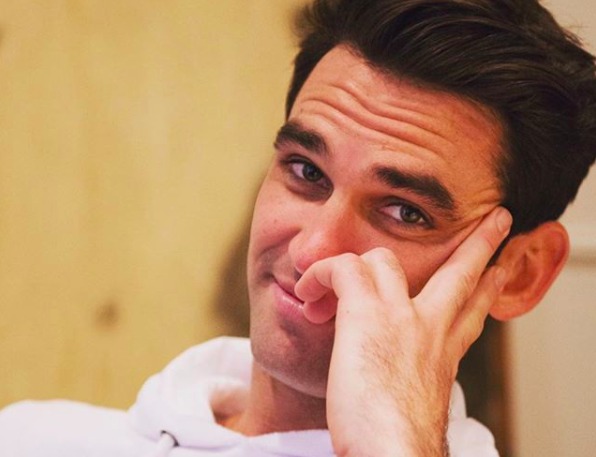 Reality TV star Carl Radke is finally opening up about his gay past.

In a candid sit-down with Andy Cohen this week, the 32-year-old star of Bravo’s Summer House talked about that time he kinda sorta got naked in bed with another dude despite identifying as “a straight man.”

Just to recap: In the most recent episode of Summer House, Radke’s GBF Stephen revealed to the audience that Carl once hooked up with another dude when he was in his early 20s.

Carl confessed to Stephen that it was “the best h***” he’s ever gotten.

“I can tell you this, Andy: I’m a straight man–very confident in my sexuality,” Radke said on Monday night’s episode of Watch What Happens Live. “It took me 10 years to actually come to grips [with it] and share it with someone.”

Turns out, he picked the wrong person to tell.

“I shared it with one of my gay friends, and somehow that got permeated to other people finding out,” Radke continued, adding that he felt “betrayed” by his fellow cast mate for revealing his secret.

Now that the cat’s out of the bag, though, Radke says he’s not dwelling on it.

“I’m a straight guy, very confident in myself,” he says. “Crazy sh*t happens to guys sometimes.”