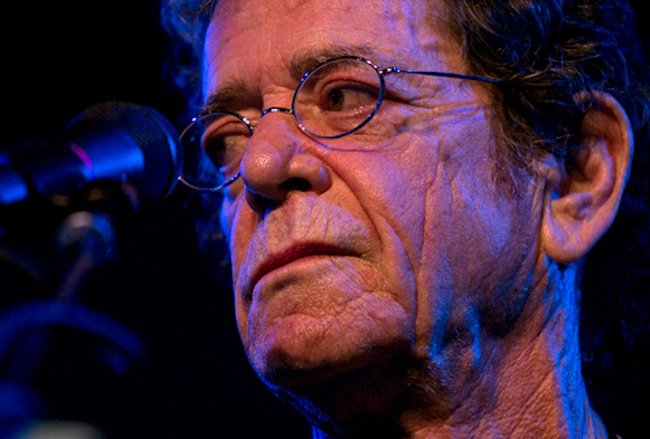 It’s a story that’s collectively inspired groans and eye-rolls since it was first published on May 17: After playing Lou Reed’s stone-cold 1972 classic “Walk on the Wild Side,” a Canadian student group issued a formal apology to the transgender community for apparently causing “hurt.”

The statement, written by The University of Guelph Central Student Association, said it regretted ever using the song since hearing that it was full of “hurtful,” “transphobic lyrics.”

As MRCTV reports, they ultimately called their decision to use the song one made in “ignorance”; “an error in judgement.”

The song was chosen for a playlist with a 70s and 80s theme:

It’s come to our attention that the playlist we had on during bus pass distribution on Thursday contained a song with transphobic lyrics (Lou Reed, Take a Walk on the Wild Side). The playlist was compiled by one of the Executives with the intent of feeling like a road trip from the 70s and 80s. The song was included solely on those terms and made in ignorance as the person making the list did not know or understand the lyrics.

We now know the lyrics to this song are hurtful to our friends in the trans community and we’d like to unreservedly apologize for this error in judgement.

Related: The entire Internet comes for ‘Bachelorette’ d-bag after he makes transphobic “joke”

The group says they’ll be more “mindful” — eep — of what songs they play in the future, inviting students to attend meetings to “discuss how we can create better playlists in the future” to make them “more inclusive.”

As pretty much everyone knows, the lyrics include:

Hitchhiked her way across the U.S.A. /

Plucked her eyebrows on the way, /

Shaved her legs and then he was a she. /

Said, “Hey honey, take a walk on the wild side.”

The lyrics are based on transgender Warhol star Holly Woodlawn.

Student Ryan Crozier bravely soldiered through the morass of ill-advised political correctness armed with a sense of musical history, remarking that the song actually promoted transgender acceptance and visibility.

The group didn’t accept that:

“The song is understood to be transphobic because of the lyrics and the sentiments that they support in present day.

The lyrics, ‘and then he was a she,’ devalues the experiences and identities of trans folks.”

The group also says the lyrics “minimize the experiences of oppression,” suggesting the song is “problematic” since it suggests transgender people are “wild.”

“While we acknowledge that the song was written with certain purpose and intention, we would also emphasize that media is not always consumed in the ways that it was intended.”

Twitter denizens had plenty to say about the group’s decision:

@medmonds29_ed @kurt_loder @jaketapper Lou Reed had a transgender girlfriend for many years in the late 70s. I think we're all done here.

@GertvanHarskamp @wierdduk Lou Reed and the Kinks put transgender on the map, if you ask me.

@karol Don't tell them that Lou Reed dated someone who was transgender.

.@morganmpage TIL that Lou Reed had a transgender girlfriend, Rachel, and that he received electroshock "gay therapy" #oftv https://t.co/bEOD9aHmkM

According to The Guardian, several of Lou Reed’s friends have spoken out about the group’s apology, calling it ridiculous.

“Lou was open about his complete acceptance of all creatures of the night,” says Jenni Muldaur. “That’s what that song’s about. Everyone doing their thing, taking a walk on the wild side. I can’t imagine how anyone could conceive of that. The album was called Transformer. What do they think it’s about?”

“I don’t know if Lou would be cracking up about this or crying because it’s just too stupid. The song was a love song to all the people he knew and to New York City by a man who supported the community and the city his whole life.”