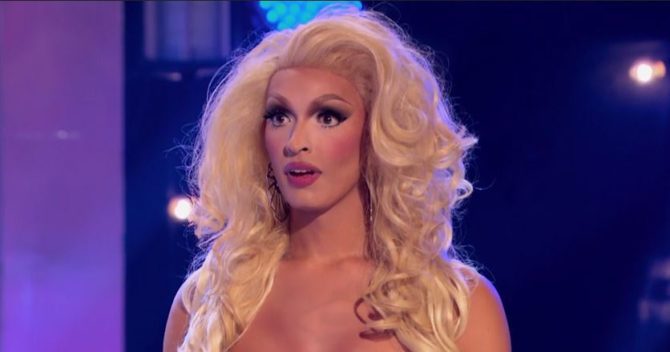 Life was a drag this weekend for Tatianna, who was arrested in Atlanta for disorderly conduct on Sunday, October 13. Now the RuPaul’s Drag Race Season 2 and All-Stars Season 2 star is speaking out about the incident, saying she’s living and learning.

Related: Tatianna suspended from Twitter for calling out a Trump supporter

“I’m fine!” Tatianna a.k.a. Joey Santolini said in a statement, per TMZ. “It was a dumb situation that I wish didn’t happen but sh*t happens and people make mistakes. There was no violence or ridiculousness.”

According to TMZ, Tatianna allegedly tried to use an employees-only back door at an Atlanta nightclub after snapping a picture with one of the employees. The guy tried telling Tatianna do go around the front, but the drag queen ignored him and sashayed through the back door… and when police officers arrived on the scene, she refused to leave peacefully, the site reports.

Why exactly the police needed to be involved in this situation remains a bit baffling.

The cops handcuffed Tatianna and took her in, and she posed for a teary-eyed mugshot.

“I’m crying in the picture because I was scared and had never been in that position before,” Tatianna said in the statement. “Wish I would have just smiled.”