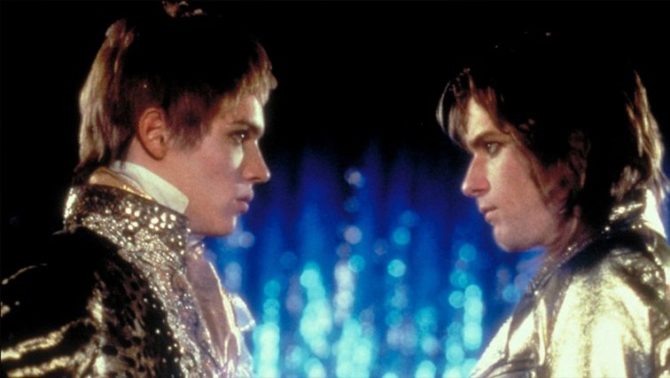 Historians may one day look back at 2017 and think it the year that Hollywood opened its doors to diversity. Women, African-Americans, Latinos and LGBTQ-themed films all had solid commercial and critical hits, affirming that some of us have known for a very long time: film benefits from diversity.

Though it may have taken until early 2018 for mainstream audiences to start paying attention, so-called queer cinema has existed for years, and generated some of the most challenging and entertaining movies in recent memory. For viewers wanting to add even more color to their screening room (and really, what viewer with any taste wouldn’t?), we point to these oft-overlooked gems that either deal with queer themes, boast gay directors or both.

So, grab the popcorn and settle in for a gay old time with these 10 overlooked classic movies…

Director Cheryl Dunne once searched the annals of Hollywood for stories of gay, female directors. Finding that history had expunged or ignored most, she made this film about a woman searching female directors and stumbles upon a director-actress couple loosely based on Ruby Dandridge and Dorothy Arzner. Dunne confronts the erasure of LGBT figures throughout history, reminding us all that sometimes we have to imagine our history to discover it.

Todd Haynes has had some more high-profile success with his gay-themed films Carol and Far From Heaven. His arguable masterpiece, however, remains this overlooked quasi-musical about glam rock. Historians will forever debate the role of real-life glam rock figures like David Bowie in gay liberation. Velvet Goldmine knows that people like Bowie—whether they intended it or not—became inspirational figures for those looking for role models in the arts, and how their fluid sexuality made them far more dangerous than anyone expected. Oh, and the movie features Ewan McGregor and Christian Bale having sex on a roof. So that’s worth the price of a rental.

Dee Rees had her biggest success in 2017 with Mudbound, which earned her and the film’s star, Mary J. Blige, Oscar nominations. For a more personal—and moving—story, however, audiences should check out Rees’ 2011 outing, Pariah, about an African-American woman struggling with her identity. The film announced Rees as a major artist, and a filmmaker of immense sensitivity.

Related: And the films played on: 17 essential movies about AIDS

The documentary Hit So Hard focuses on the life of rock star Patty Schemel, best known as the drummer of the alt-rock group Hole. Though the movie stays focused on Schemel and her struggles with fame, love and drug abuse, it also tells a broader, overlooked story of the vital role of gay people and women in rock. With candid interviews with rock stars Courtney Love (Hole), Nina Gordon (Veruca Salt), Gina Schock (The Go-Gos) and Roddy Bottum (Faith No More), Hit So Hard hits all the right chords.

Anyone who has seen The OA on Netflix already knows director Zal Batmanjili’s work. For a glimpse of the director at his best, fans should check out the sublime, if little-seen thriller The East. With a cast that features Ellen Page, Alexander Skarsgård and Brit Marling, the movie comments on latter-day groups like Anonymous, Occupy Wall Street and Freegans with enough suspense and plot twists to awe viewers.

Though A Fantastic Woman snagged an Oscar nomination for Best Foreign Language film, it still has gone overlooked by American audiences. What a shame; the story of a transgender woman struggling for recognition from her late boyfriend’s family. A remarkable performance from actress Daniela Vega anchors the movie.

Otherwise known as the movie that introduced Tilda Swinton to the world, Orlando adapts Virginia Woolf’s novel of the same name, and which features one of the first transgender characters in literature. It almost goes without saying that Swinton gives a brilliant performance, though the performance by author Quentin Crisp as Queen Elizabeth I also deserves mention.

Norway campaigned for Thelma as Best Foreign Language film, though the movie remains little seen stateside. That’s America’s loss. A supernatural thriller, Thelma borrows the main premise of Stephen King’s Carrie about a young woman from a religious, abusive household with telekinetic powers and ups the ante. Whereas Carrie had veiled lesbian overtones, Thelma confronts the themes head on.

John Cameron Mitchell, director of Hedwig and the Angry Inch, also helmed this drama about a young couple (played by Nicole Kidman and Aaron Eckhart) dealing with the death of their toddler son. Though heavy and melancholy, the film propels the performers to some of their best work ever. Kidman scored an Oscar nomination for her performance.

Though little-seen today, Swoon caused a sensation on the film festival circuit back in 1992. The murder case of Leopold and Loeb which inspired the film had already undergone the cinematic treatment, most notably from Alfred Hitchcock in Rope. Whereas other dramatizations downplayed the love affair between the killers, Swoon brings it to the fore, examining the power dynamic of their relationship, and how psychological abuse played a role in murder.