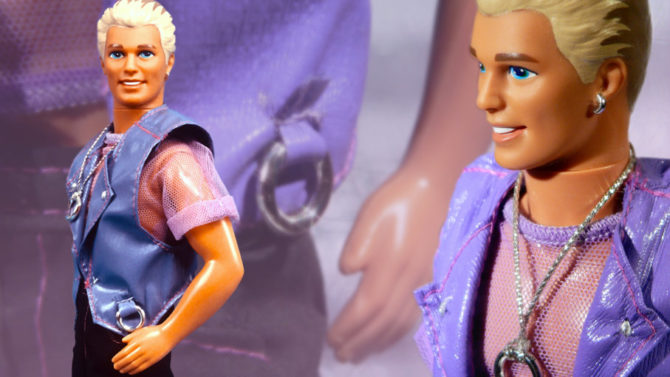 For decades, Mattel has struggled with how to package its Ken dolls. To this day, execs have never quite figured out how to market him in a way that appeals to little girls. When it comes to advertising to gay men, however, they’ve had the market cornered since the early ’90s.

Earring Magic Ken was first introduced by Mattel in 1992.

The doll featured a “trendy” new look, including streaky blonde highlights, a pink mesh top, lavender vest, a necklace with a circular, ahem, charm and, as his name indicates, an earring in his left ear. 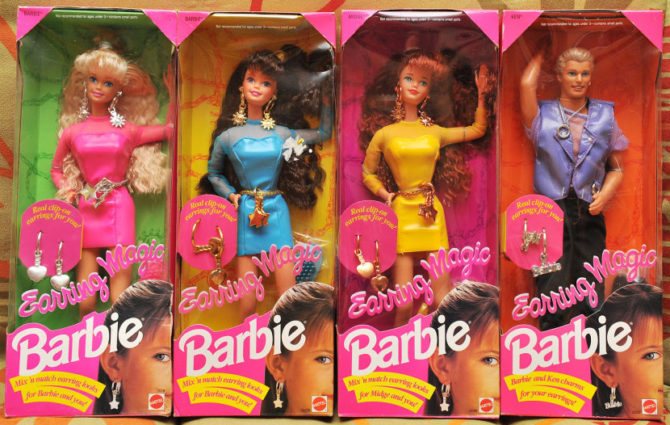 The whole idea came after Mattel conducted a survey asking little girls about their thoughts on Ken. The company found that its customers still wanted Ken around, but that they wished he looked a little “cooler.”

So they created Earring Magic Ken.

Related: PHOTOS: Barbie’s Gonna Flip When She Sees What Ken And His Buddies Are Up To

But as soon as the doll was released, people immediately pointed out that he looked, well, kinda gay. In a super stereotypical early ’90s sorta way.

From the purple clothes to the earring to the necklace, which many interpreted as a giant “chrome c*ck ring.” 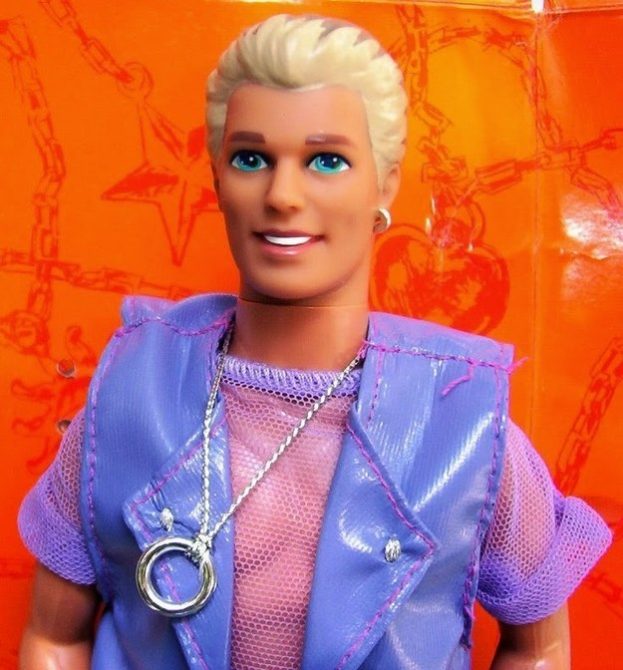 Mattel responded by issuing a statement denying that Ken was gay. In fact, the company’s head of marketing and communications, Lisa McKendall got so fired up about it that she angrily told an interviewer for the Chicago Reader:

“We’re not in the business of putting c*ck rings into the hands of little girls!”

Shortly thereafter the company stopped production of the dolls and yanked all the remaining ones from toy stores, but not before kitsch-minded gay men bought them up in record numbers.

Nearly 30 years later, Earring Magic Ken remains the best-selling Ken model in Mattel’s history. That’s quite a feat for a toy that was only available for six weeks in 1992.

Related: Barbie’s gay boyfriend Ken just got a serious makeover and the Internet can’t even