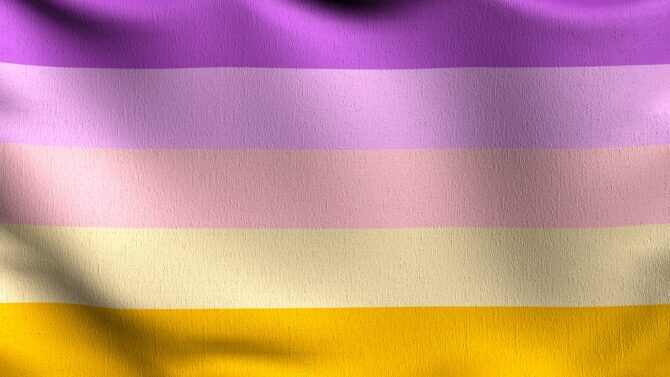 As Pride season comes and goes, members of the LGBTQ community and its allies will see hundreds of differently colored flags. Each banner represents a specific kind of sexuality, some of which are lesser-known yet equally valid.

People once viewed sexuality as a binary. This meant that they thought a person was either gay (as in same-gender attracted) or straight. Luckily, we’ve come a long way since then. Instead, the community has realized that sexuality is a spectrum with space for every person – whether they’re cis, trans, or non-binary.

That’s where the term “trixic” comes in. Keep reading to find out about the trixic pride flag and what it means to be trixic.

What Does Being Trixic Mean?

Being trixic refers to when a non-binary person is attracted to women, distinguishing it from being a lesbian or straight.

Until recently, non-binary individuals didn’t have their own widely-used labels for their sexual orientations. This complicated the definition of many sexual orientations and potentially contributed to the erasure of many people’s identities.

However, in 2017, a small Discord and Tumblr-based community coined the terms “trixic” and “orbisian”. Today, these terms are used interchangeably to identify female-attracted non-binary folks.

Sexuality is fluid, so there are no hard and fast rules about determining which label suits your identity. That said, figuring out if you might be trixic is relatively easy if you’re honest about your gender and sexual preferences.

Ask yourself: are you non-binary? Are you attracted to women? If you answered yes to both questions, then you’re probably trixic. However, the definition of being trixic can also include non-binary individuals who are not exclusively attracted to women, which can confuse many folks.

Ultimately, you don’t have to conform to one identity over the other. After all, many people discover their sexualities as they have more experiences or discover new parts of themselves.

Trixic pride flags are unique because there isn’t one official banner that encompasses all people who identify this way. Here are a few of the more prominent trixic pride flags.

The trixic pride flag has many variations, but the most recognizable one is the five-striped banner. This flag features the interlocking symbols for females and non-binary displayed over the color bars.

White its visual impact is one of the main reasons why this banner is more popular than the alternatives, it isn’t the only reason. Its popularity is primarily attributed to this specific trixic flag’s meaning. The purple and yellow tones reference the non-binary flag, while the pink stripe in the middle indicates an attraction to cis and trans women.

Another variation of this flag doesn’t use the interlocked symbols – many people hang this version in their rooms or homes for simplicity. 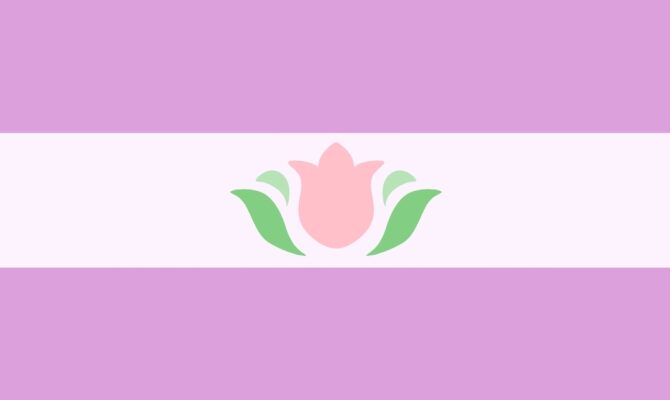 While this poppy flower-themed trixic flag is much less popular than the stripes-and-symbols alternative, it’s still used within the non-binary community. The poppy flower flag’s pleasing design mirrors sapphic, Achillean, and diamoric flags.

Some people use this flag instead of the more popular variation because it stands out, especially among the stripe-filled Pride flags. Other folks prefer this flower-themed flag because the central poppy represents “perfect love”.

The primary disadvantage of using this flag in the context of Pride is that it can be a bit more esoteric, which means it may be less accessible.

The four-stripe trixic pride flag isn’t all that different from the more popular 5-stripe or 7-stripe variations. It means all the same things as its more colorful alternative, but it may be more accessible when manufacturing large quantities of flags to use at a Pride protest. 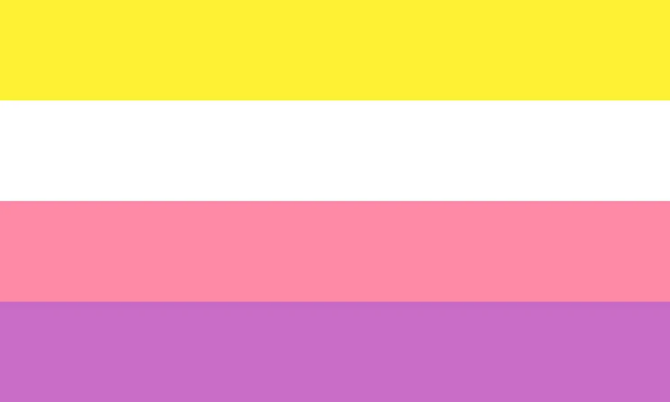 Trixic sexuality is one of the lesser-known identities on the spectrum, but the label helps a lot of people figure out who they are. Putting up a flag containing the trixic colors can also help people feel more comfortable with themselves – which is what Pride is all about.

baring it all
11 comments