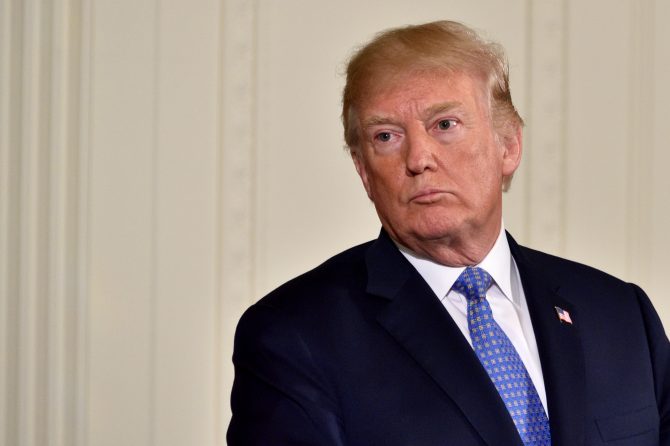 The White House is going into lockdown tonight — and not because of Covid.

In preparation for Donald Trump‘s election night gathering, authorities erected a “non-scalable” fence around the building, signaling a heightened fear of unrest as the sure-to-be-tense night marches along. 250 National Guard troops have also reportedly been assigned to stand by.

A similar fence was utilized amid the summer’s Black Live Matter protests following the death of George Floyd, when the Secret Service reportedly whisked Trump and his family to an underground bunker on the premises.

Related: Exhausted Trump calls into Fox News on Election Day and it was weird even by Trump standards

Trump, who trails Joe Biden in the election polls, has repeatedly said he does not plan to concede the election if he loses. Should that indeed happen, unrest is all but certain.

“We’re going to go in the night of,” Trump announced during a rally in Charlotte over the weekend. “As soon as that election is over, we’re going in with our lawyers.”

“It is widely believed that there will be civil unrest after the November election regardless of who wins,” D.C. Police Chief Peter Newsham said last month. “It is also believed that there is a strong chance of unrest when Washington, D.C., hosts the inauguration in January.”

According to multiple reports, Trump had planned to hold his election night event at this Washington, D.C. hotel before it was moved to the White House. Initially, 400 guests were expected to attend, but the guest list was cut down to 250 by Tuesday afternoon.

There are obvious concerns about holding an indoor event of this size as the coronavirus situation worsens across the nation. A recent Stanford University study estimated that at least 30,000 infections and 700 deaths had been directly linked to Trump rallies over the summer.