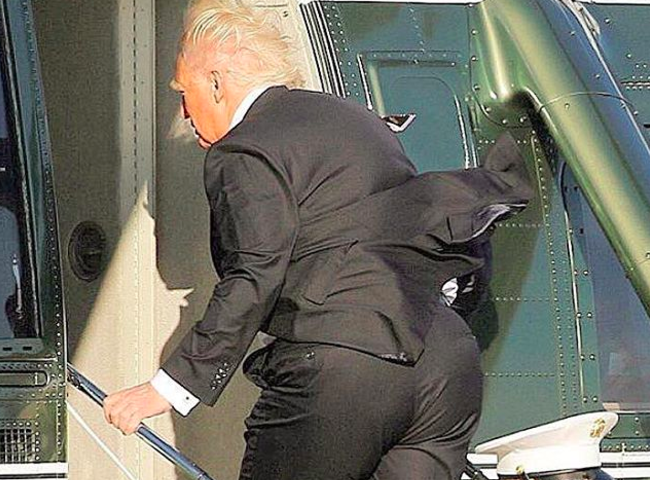 This just in: Being the leader of the free world is a lot of f-ing work. Just ask Donald J. Trump.

That is perhaps the most honest thing #45 has said since taking office back in January.

He was speaking to Reuters about his first 100 days in office, which most people agree have been completely fruitless when it comes to accomplishments.

Nearly six months after the November election, Trump still can’t stop talking about his “huge” victory, in which he actually received 3 million less votes than his opponent. He even went so far as to hand his interviewers a piece of paper with figures from the 2016 electoral map, with all the states he won marked in red.

“Here, you can take that, that’s the final map of the numbers,” he said. “It’s pretty good, right? The red is obviously us.”

So what observations does The Donald have after his first 100 days? (Aside from the job being harder than he expected, that is.) Well, he says, the Secret Service detail is kind of a drag.

“You’re really into your own little cocoon, because you have such massive protection that you really can’t go anywhere,” he said.

And he hasn’t made very many new friends at his job. In fact, he frequently has to call up his old golfing buddies and former business colleagues for “positive reinforcement.” At first, senior aides took issue with this, but according to Reuters they are now “resigned to it.”

Oh, and what about the White House Correspondents’ Dinner happening this Saturday? The one Trump refused to attend because the media treated him so “unfairly.” Evidently, he regrets turning down the invite.

“I would come next year,” Trump said when asked whether he would attend in the future. “Absolutely.”

We’ll see about that.

Related: Presidenting is hard: the 10 most embarrassing quotes from Donald Trump’s AP interview