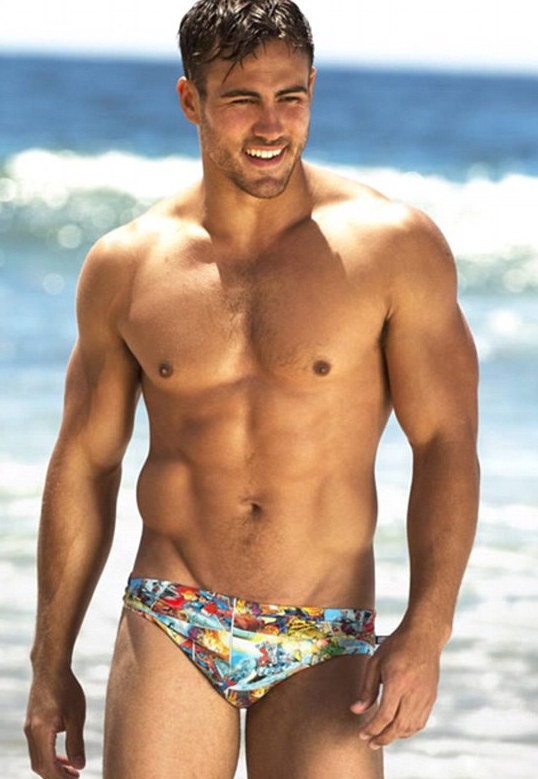 Actor Matt Wilson has earned the ire of the Internet for comments he made about the gay character he plays on the long-running Australian soap Neighbors.

The offhanded remarks that caused the offensive were made on Channel 5’s The Wright Stuff, during which the straight 28-year-old performer (who’s modeled for swimwear brand Aussiebum, as you can see above) said:

I think it’s important that we are expressing it. We specifically designed the character to act straight and act normal.

When I say “normal”, I mean he’s not like the characters on Modern Family, where they are flamboyant and camp and they walk around tiptoeing.

That creates separation – that’s us and them. It shouldn’t be like that. It should be all equal and no-one should have a problem with that. The way other characters act around my character is that there is never a problem at all.”

You can watch the clip here:

Drinking game for gays and non-gays. Take a drink each time you cringe while watching this clip from this morning’s @5WrightStuff ? pic.twitter.com/wxiXdcM1qv

Meanwhile, Twitter has been swiftly eviscerating Wilson for his comments in a steaming, noisome pile of offended tweets:

Oh god the level of ignorance in this is… just… staggering. Glad to know I'm not 'normal' because I'm effeminate. ???

Ooh no. That was a car crash in slow motion. We should all act normal and homophobia will stop.

Wow – his offensive stupidity is shocking. Why is a homophobe playing a gay character?

Wilson later took to Twitter himself, to quickly release this apology:

“Choice of words wasn’t right and apologies if it comes across as offensive.

The message I want to get across (and this is in support of one of my closest friends as he is having issues coming out) that he sick and tired of people assuming that because his sexuality is different to the guy next to him that they “expected him to act different”. This isn’t the case, and shouldn’t be preached on TV.

Once again – apologies for offending you, I trust you can see through this and see we are promoting the same message.”