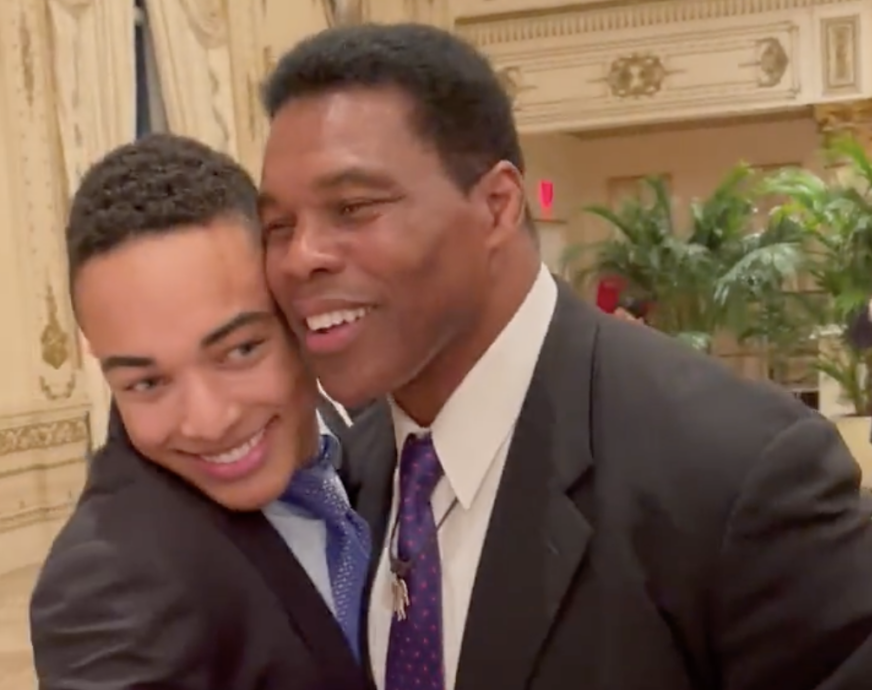 Self-proclaimed “free-speech radicalist” and anti-LGBTQ gay MAGA troll Christian Walker is a disturbed young man. All one needs to do is scroll through the 23-year-old’s Twitter feed to pick up on that…

Pride month is starting so I’d like to announce to everyone that I’m NOT gay. I’m attracted to men but I refuse to identify with the rainbow cult. I don’t believe in indoctrinating children. My whole identity isn’t my sexuality. And I don’t go to gay bars. Don’t call me gay.

Stop calling everyone a “-phobe” or “-phobic” just because we don’t want to put up with your delusions.

We’re not “-phobic” of you, we’re just over your bullsh*t.

This pronoun crap is for losers who want to feel important.

I was walking out of Starbucks and a barista said to me, “HAPPY PRIDE.”

Oh no sir. I’m not part of that rainbow group who walks around the streets with no clothes on, puts on drag queen shows for kids, and teaches gender theory to kindergartners. Happy Friday to you.

Now, recently unearthed video of his father, U.S. Senate candidate Herschel Walker, talking about him to a roomful of people in 2019 may help shed light onto why young Christian is such a little a**hole.

Related: Christian Walker got out-trolled by Elvira on Twitter and the shade is just too good

The video began circulating on Twitter last week. In it, the ex-NFR star can be heard calling his then 19-year-old son “dumb as a brick” then recounting the first time he laid eyes on him as a newborn and how “ugly” he was.

“When I delivered him, he had this long old head,” Walker says in the video. “No, seriously. He looked like an alien. I told my wife, ‘Have your parents got some awful genes and stuff?’”

The doting father then went on to talk about another baby, a “beautiful” newborn girl, who was at the same hospital.

“I’m looking at Christian, and I’m looking at her, and I go, wow, I’m gonna slide her over a little and stuff because everybody’s gonna come to that window and go ‘Wow, that’s a beautiful little girl’ and then they’re gonna look at Christian Walker… ‘Woah, X-Files, like he’s an alien!'”

Speaking to soldiers, Herschel Walker described his “dumb as a brick”-streetwise son, Christian, as an “ugly” baby with a “long head” that “looked like an alien” from the “x-files,” and blamed his wife’s “awful genes.”

The video was recorded in 2019, roughly two years before Christian introduced his father at a campaign event at Mar-a-Lago in December 2021, which he proudly tweeted about afterwards:

Had the honor of introducing my dad, @HerschelWalker, last night at Mar a Lago.

I got to preach about how authoritarian and HORRIFIC Democrats are, then got to hug a future senator. Perfect night. pic.twitter.com/JptAUEi7vN

Cut to today, however, and their relationship is on the fritz, presumably after Christian saw what his dad said about him all those years earlier.

In October, he blasted his father for “lying” and falsely presenting himself as a “family man.”

“I know my mom and I would really appreciate if my father Herschel Walker stopped lying and making a mockery of us,” he tweeted. “You’re not a ‘family man’ when you left us to bang a bunch of women, threatened to kill us, and had us move over 6 times in 6 months running from your violence.”

I know my mom and I would really appreciate if my father Herschel Walker stopped lying and making a mockery of us.

You’re not a “family man” when you left us to bang a bunch of women, threatened to kill us, and had us move over 6 times in 6 months running from your violence.

Shortly after that, he posted a video with further criticism of his father:

I’ve stayed silent for nearly two years as my whole life has been lied about publicly. I did ONE campaign event, then said I didn’t want involvement.

Don’t you dare test my authenticity. Here is the full story: pic.twitter.com/ekVEcz8zq3

Warnock initially got 49.4% of the vote in November’s general election, compared to Walker got 48.5%, but a state law dictates that a candidate must receive at least 50% of the vote to win. The runoff election will happen on December 6.

Related: Lindsey Graham does push-ups in bizarre bid to get Herschel Walker elected