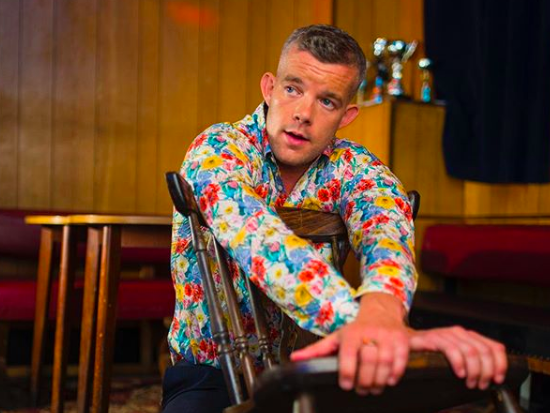 These days, Russell Tovey only has two things on his brain: love and babies.

“I want someone to call me Daddy,” the 36-year-old actor tells Gay Times in a new interview. “I remember being at school, junior school, and already wanting to be a dad.”

There’s just one problem… He doesn’t have anyone to co-parent with. At least, not at the moment. He and fiancee Steve Brockman split up earlier this summer.

But he’s not gonna let singledom stop him from procreating. Tovey has vowed that, if he’s still single in three years, he’s going to go at it alone.

And for any candidates interested in potentially co-dadding with him, Tovey offers this piece of advice: Don’t send him your d*ck pics!

“It’s so much more exciting when you’re in a bar and you catch someone’s eye and you smile and go over and shake someone’s hand,” he says. “That is far sexier than being sent someone’s d*ck pic.”

The actor adds that, in addition to being kinda old-fashioned, he’s “very, very, very vanilla,” describing himself as “a one-man guy.”

“I just want to be with that person,” he says, dreamily, “whoever that person is.”

Related: Russell Tovey is back on the market, splits from fiancé Steve Brockman