Awards season has officially opened with this elegiac drama from writer/director Harry McQueen (best known as an actor in the UK soap EastEnders). Supernova follows the road trip of a middle-aged gay couple, Sam & Tusker (played by Colin Firth & Stanley Tucci, respectively). The pair have embarked on a journey across the English countryside in hopes of allowing Tusker—who has dementia—enough peace to write a new novel. As it becomes clear that Tusker’s mental decline is accelerating, however, the two face unavoidable questions about their relationship, and the end of Tusker’s life.

The debate over casting gay roles aside, we can’t imagine any actors playing the roles of Tusker & Sam as well or as sensitively as Tucci and Firth. Firth, an actor who specializes in quiet, conflicted characters, plays Sam as a man so in love he can’t bear the thought of life without his husband. Tucci, as Tusker, delivers what might be his best performance ever (which says something) as a fatalistic, deeply conflicted man. Quiet, thoughtful, and with an ending bound to spark debate, Supernova deals less with issues of queerness than issues of love. Call it one of the most beautiful films of the year.

The Catch: The Lady & The Dale

Trans director Zackary Drucker (Transparent) wades into the streaming series landscape with this so-crazy-it-has-to-be-true docuseries. Back in 1974, an upstart, female entrepreneur named Liz Carmichael announced production of a three-wheeled automobile that would revolutionize gas consumption: The Dale. Carmichael became an overnight celebrity and feminist icon until a nosy reporter turned up a series of financial improprieties within her company…and the fact that she was actually a transgender woman with a pre-transition criminal history. In sum: it’s one of the most bizarre and unusual scandals in American business history. Drucker reconstructs the life of Liz Carmichael—her pre-transition grifting, evolution into a family woman, and finally as a would-be business mogul using a combination of interviews, archive footage and very clever animation. So was Charmichael an unsung queer trailblazer stymied by her transness? Or was she just a filcher hiding behind her transgender identity? We have our thoughts—watch, and decide for yourselves.

Actor/writer Nick Borenstein returns with his latest short film about an unathletic gay man trapped in an office full of sports lovers. In the mini-movie, Borenstein plays the aforementioned Pete, a man who suspects his antipathy toward sports—basketball in particular—has actually hurt his career, not to mention his dating life. With an adorkable charm, Borenstein channels how so many of us feel when it comes to sports, and the unintended loneliness that comes along with it. Hardly groundbreaking but always entertaining, we recommend giving it a watch sometime before the socially-distant Superbowl parties next weekend. The Superbowl is for basketball, right?

With Russell T. Davies’ new series It’s a Sin debuting to rave reviews in Europe (it arrives stateside on HBO next month—don’t worry, we’re on it), we offer up this new cover version of the Pet Shop Boys’ classic pop tune. Years and Years reinvents the song as a classical ballad rather than a defiant electronic pop jam, which gives it a new level of poignancy. As lead singer Olly Alexander (who also stars in the show) croons out the lyrics, he sounds as though he’s singing a beautiful eulogy to those that fell victim to AIDS. Given that a new video for the tune—comprised of footage from the upcoming show—dropped this week, we think it’s high time to give it a listen.

Drag Race alum Peppermint continues her evolution as a recording artist, this time with a bit of help from queer model Laith Ashley. Every Morning channels the sound of early Cyndi Lauper with a dash of hair metal into a latter-day power ballad about waking up in love and hoping for a future together. The accompanying video—obviously made on the cheap, but still very stylish—gives Peppermint an opportunity to show off her warm charisma and Ashley to feature his vocal gifts. It’s a beautiful love letter to being in love, featuring two beautiful queer artists. That’s good enough for us.

The Sip: The Pet Shop Boys 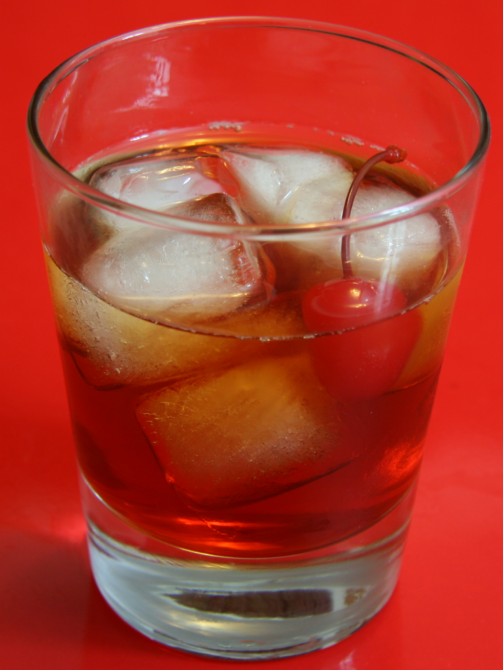 In honor of Years & Years covering one of our favorite New Wave pop groups, we offer up this week’s sippage: the Pet Shop Boys. Combining Red Bull with liquor is always a risky proposition, so use caution when imbibing this one. Sweet, sour and smoky, it’ll have you ready to commit a few sins of your own…in the best possible way.

Mix ingredients over ice in a cocktail glass. Stir well. Optional: add a cherry as a garnish.