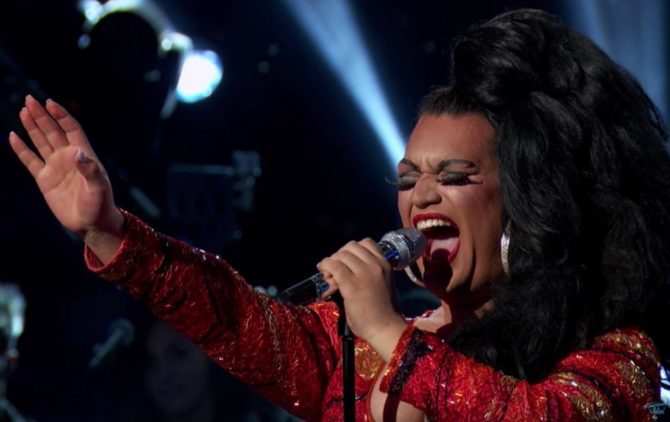 Last week we witnessed the triumphant return of Adam Sanders to American Idol, five years after he was eliminated in the first round of the show.

Sanders reemerged with newfound confidence — not to mention a new wig, heels, and gown — as Ada Vox, a drag diva ready to slay the competition.

WATCH: Eliminated ‘American Idol’ contestant returns in drag and slays the house down

She breezed past her audition, and this week was faced with the same hurdle that proved to be too high in 2013, as 50 contestants were whittled down to 24.

Singing Radiohead’s oft-covered “Creep,” Vox not only nabbed a coveted spot in the competition, she delivered the best performance of the season thus far.

If this is any indication of what she’ll bring to the stage each week, we are fully ready to go on this ride:

Another standout moment came in an earlier round when Michael J. Woodward nailed this version of “Maybe This Time” from Cabaret:

And just for kicks, here’s another drag rendition of “Creep” by Jinkx Monsoon from 2014 that deserves to be rediscovered: