Gay director Christopher Landon (Happy Death Day) returns with his latest outing, a horror-comedy from the workmen over at Blumhouse. Freaky stars Kathryn Newton as Millie Kessler, a pretty blond navigating high school alongside her besties Nyla (Celeste O’Connor) and the flamboyantly gay Josh (Misha Osherovich). When a deranged killer (Vince Vaughn) makes Millie his next target…things take a hard left turn when Millie finds herself trapped in the killer’s adult, male body, and vice versa. Nyla & Josh must help Millie get her body back before the spell becomes permanent, and before a psycho killer masquerading as a young girl massacres everyone in school. It’s that kind of movie. Vaughn and Newton both deliver credible, nuanced performances delivering a few big scares and big laughs along the way. Osherovich gives a memorable performance as well, subverting the dumb, gay best friend trope into a very funny gay hero. Landon, along with co-writer Michael Kennedy, take advantage of the gender-bending premise to offer a few comments on gender stereotypes as well. Leave it to Blumhouse, the production company behind Get Out to make a movie full of schlocky fun…and some subtle social commentary.

Kate Winslet and Saoirse Ronan make a bid for awards glory yet again in this period drama about a lesbian fossil hunter and her melancholy ward/lover. As with any romance of the era, Ammonite builds sexual tension through lots of scenes of emotional and sexual repression. Unlike other titles in the genre, however, this movie features an explosion of graphic sexuality as the two women explore their love for one another. Winslet and Ronan are two of the best actresses working today, so it should come as no surprise that they both give magnetic performances.

The Continuation: His Dark Materials Season 2

The criminally underrated fantasy series continues this week, with Will (Amir Wilson) and Lyra (Daphne Keene) stumbling into a parallel universe—our own. As Lyra discovers the link between Dust and Dark Matter, Will learns that his estranged father is still very much alive, and connected to the ongoing universe hopping, and to the appearance of dangerous, life-draining creatures called Spectres. We’ll not say more than that here, other than to add that Andrew Scott joins the cast as Will’s aforementioned father, while the back half of the season sees the introduction of Balthamos (I-Kay Agu), a very gay avenging angel. It’s that kind of show…and one you’ll not want to miss.

Both the title and the film take a cue from Richard Linklater’s Boyhood, which he filmed over a period of years to let his actors age in real-time with their characters. Here, director Sharon Liese does the same thing, following a group of kids that identify as transgender. Liese chronicles the evolving gender identities of her subjects, and the perils and choices they must make as they enter adolescence. She also focuses on how having a transgender child affects a family’s social standing in the broader community and dispels a few misconceptions about gender transition for children. Tender, informative and inspiring, Transhood offers an intimate look at the plight of trans kids, and hints at a new generation of queer leaders in the pipeline.

Two young New Yorkers find love in this holiday-themed series based on the book series by Rachel Cohn & David Levithan. Austin Abrams and Midori Francis star as the title pair, an unlikely couple that begins messaging each other back and forth by leaving notes in a diary hidden in a bookstore. The usual personality clashes and flourishes of insecurity follow as the pair wrestle with their budding affections, and discover the meaning of the holiday season (because what else?). Dash & Lily might have worked better as a 2-hour movie rather than an 8-episode series, though the show does feature winning performances by Abrams & Francis in the leads, as well as a scene-stealing turn by Troy Iwata as Lily’s gay brother Langston. The show also features some fabulous New York in winter vistas as well as a cameo by Nick Jonas. Given that we could go for either of the latter amid the COVID slog, we have enough reasons to watch.

Director Gianennio Salucci returns with this video for the gay band Riotron, which combines synthwave sounds with atmosphere and imagery reminiscent of Michael Jackson’s “Thriller” video and the retro-noir of David Lynch. Fans of synthwave, EDM, 80s nostalgics or anyone that appreciates a good, stylish video should get a kick out of the short’s electronic tune, not to mention the tongue-in-cheek visuals which feature a light peppering of the homoerotic.

The Sip: The Captain Howdy 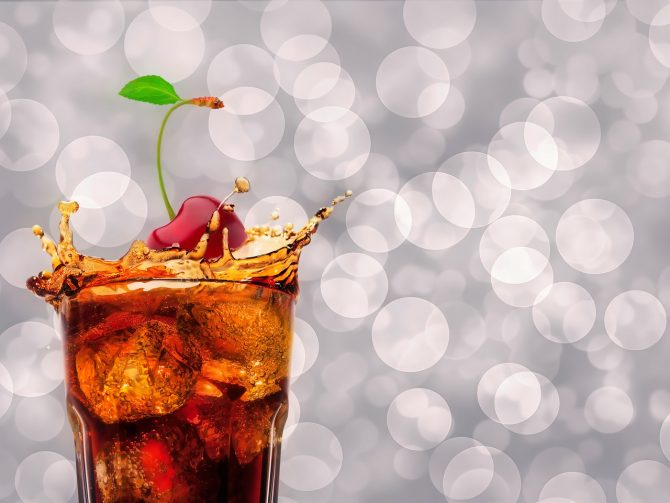 In honor of Freaky, not to mention the forces of Hell and damnation that play a large part in His Dark Materials, we offer up this simple and sweet cocktail, so named for the demon in The Exorcist. It goes well with a meal, a snack, or just on its own, which makes it perfect to pair with any of this week’s entertainment.

Mix ingredients over ice in a cocktail glass and serve.

the passion of ellen
12