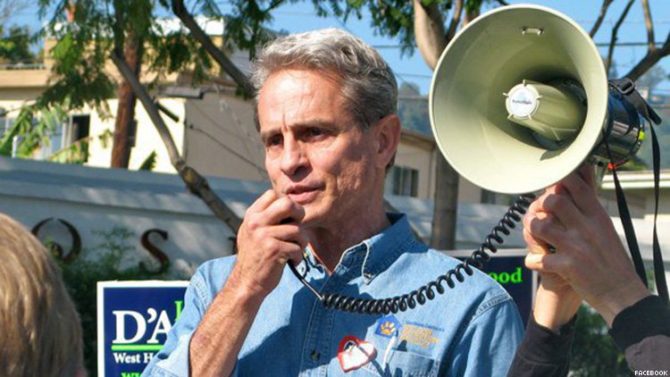 The Daily Beast reports that LaTisha Nixon, mother of Gemmel Moore, “a 26-year-old black man who died in Buck’s West Hollywood apartment on July 27, 2017,” has added two new charges to the 12-counts in the wrongful death suit she filed against Buck: “human trafficking and distribution of private sexually explicit materials” (that is, images of her son).

Nixon claims that because Buck helped transport her son from his Texas home to Buck’s Los Angeles pad for “commercial sex acts,” he’s basically a human trafficker. She’s also claiming that “Buck violated Moore’s right to privacy by distributing a sexually explicit video recording of him to one of several unnamed defendants in April of 2019.”

Nixon’s lawyers came up with the second charge after interviewing about a dozen other young black men who claimed that Buck had distributed explicit photos and videos of Moore and other unnamed individuals over the years.

However, local activist Jasmyne Cannick says other young black men who did drugs with Buck would attempt to file police reports at the Sheriff’s Department, only to be turned away. Both Moore and Dean’s deaths were ruled as “accidental overdoses” by the police.

Related: “You should be ashamed!” Ed Buck flips out when asked about two men who died inside his home

Buck came under scrutiny after Moore’s death and the death of a 55-year-old man named Timothy Dean under similar circumstances. Other men claimed that Buck would cruise WeHo looking for young black men and offering them money to take large amounts of meth —Buck would allegedly watch and take photos while getting turned on.

When police investigated Buck’s home, they reportedly found no drugs or paraphernalia, and yet The Daily Beast says that Moore’s body was found next to “multiple syringes with brown residue, a scale, several lighters and torches, a straw with white residue and burn marks, plastic bags with whiter powdery residue and a clear plastic bag containing a crystal-like substance.”