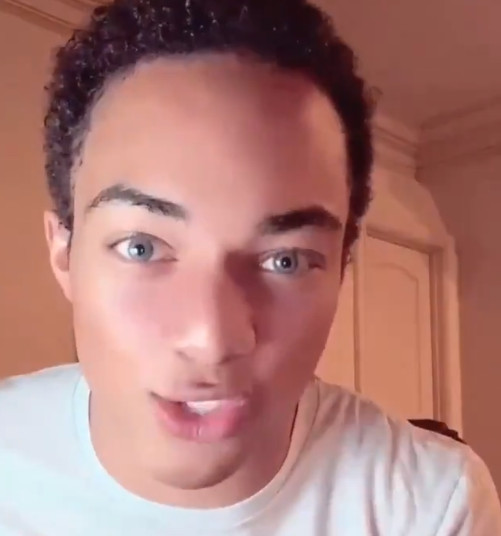 Christian Walker, a gay Trump supporter noted for staging a sparsely attended “Gays for Trump” rally in West Hollywood last October, landed himself in the sights of comic & activist Kathy Griffin this week. Griffin tore into Walker after he posted a video to Twitter claiming the election still isn’t decided despite the electoral college voting for Joe Biden.

Walker, the son of former NFL star Herschel Walker, made a name for himself as a Spirit of Texas Royalty cheerleader, and as a vocal Trump supporter. The latter should come as no surprise; Herschel Walker and Donald Trump are close friends, and Christian grew up with his father active in Republican politics.

“Let me break this down for any liberals being a little boisterous and out of control today,” Walker rants. “Article II, section one of the constitution. Check into it. The electors may have cast their votes today, but they’re not counted until January 6.”

Walker goes on to note that several states which voted for Joe Biden also sent Trump-voting electors to the college meeting, mistakenly believing that they could somehow change their state votes to Trump, or that Congress could somehow override the electoral vote count. Joe Biden received more than 270 electoral votes on the first round of voting, therefore certifying him as the winner of the Presidency. Per the Electoral Count Act of 1887, the votes counted during the meeting of the Electoral College stand unless no candidate receives more than 270 electoral votes.

Related: “Gays For Trump” storm the streets of West Hollywood to flaunt their internalized homophobia

In other words, though Congress will not certify the vote totals as official until January 6, the votes are already decided. Electors cannot change their votes between now and January 6, therefore, Joe Biden has officially won the presidency.

This is Christian Walker. His dad is Herschel Walker, an NFL player who won the Heisman and has been friends with Donald Trump for almost 40 years. Christian Walker was raised in a pro-Trump bubble that blinded him so he rejects reality as a coping mechanism. pic.twitter.com/Eu7LEwnoiZ

“This isn’t over yet. That boisterous nasty spirit, that braggadocious spirit thinking you’ve won. I would take it down,” Walker says. He then notes that Attorney General Bill Barr was forced to resign this week after refusing to support false claims of voter fraud.

“So, I would take it down,” Walker rants. “I would study the constitution…you’re celebrating early because you’re hearing from the media that this is over.”

Apparently unswayed by Walker’s nonsensical argument, Kathy Griffin–a woman no stranger to taking on Trump—weighed in on Twitter.

“Me calling Gaga, Bette and Beyoncé… ‘Ladies, how could we let this happen? HOW?’” Griffin tweeted, apparently appealing to other gay icons to understand how a gay man could have so betrayed his own cause.

Me calling Gaga, Bette and Beyoncé…
“Ladies, how could we let this happen? HOW?” https://t.co/dFTtQLnY9P