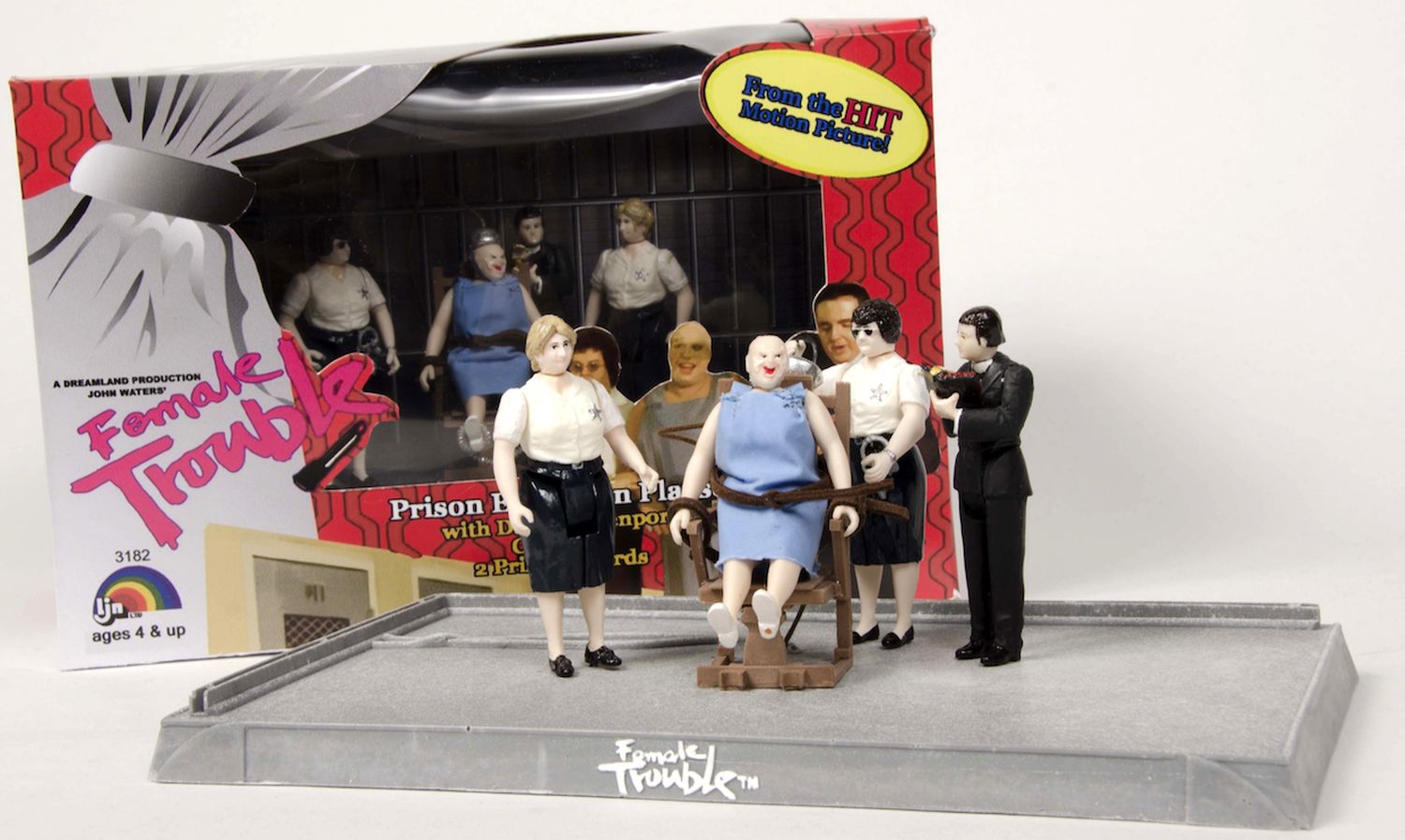 Imagine children gleefully armed with action figures based on John Waters characters. The sandbox would never be the same.

Starting May 25th, New York’s La Mama Galleria will exhibit “Lost Merchandise of the Dreamlanders,” an assortment of John Waters-inspired knickknacks that range from Pink Flamingos sheets to an action figure in the likeness of Female Troubles’ Dawn Davenport. 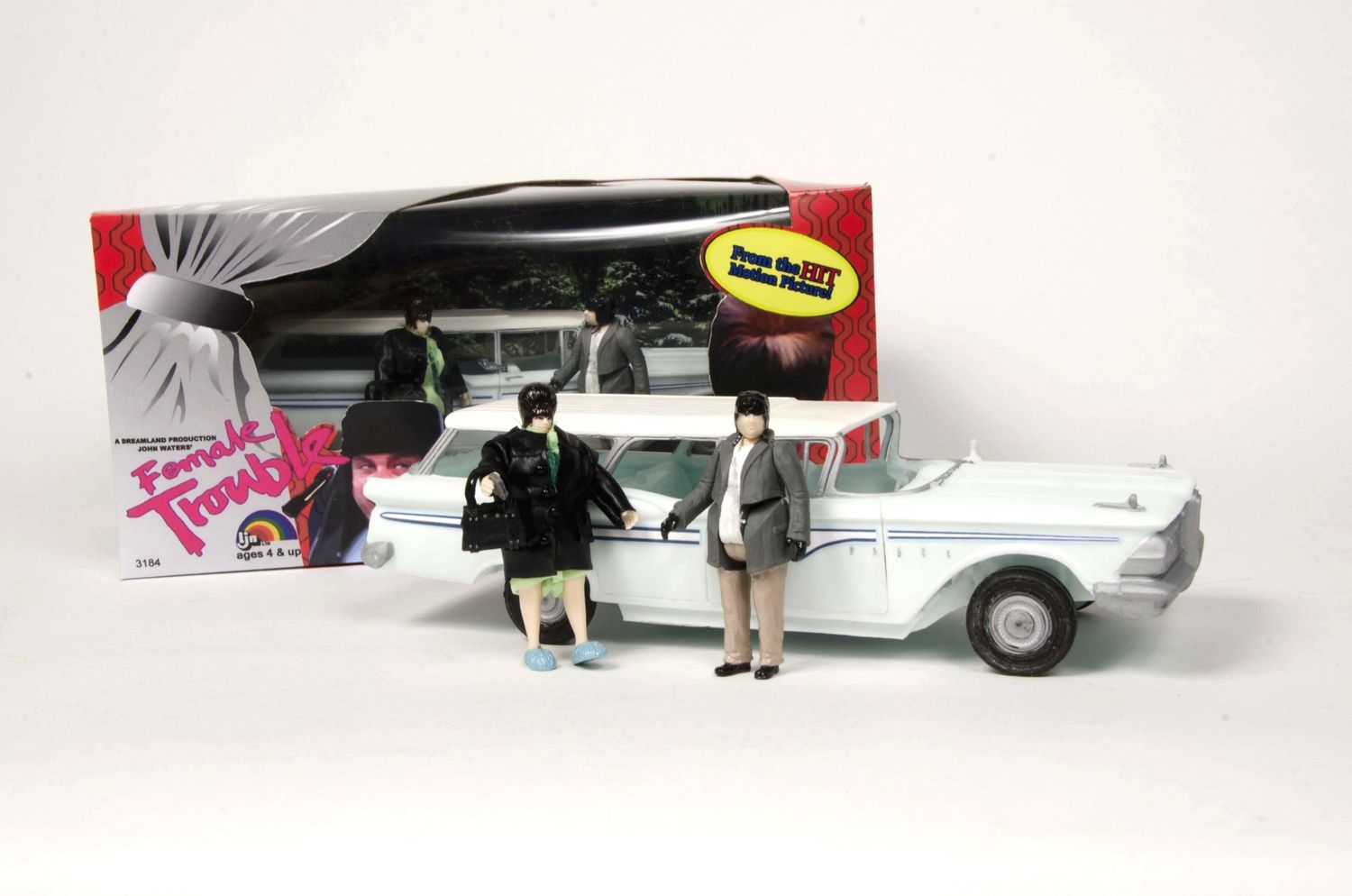 The exhibition was conceived by sculptor Tyson Tabbert, who wanted to license John Waters merchandize in earnest after being exposed to Female Trouble in 2013 for the very first time.

Related: What Does It Take To Shock John Waters?

So Tabbert decided to do the next best thing: he assembled a talented group of artists to create their own John Waters-inspired products for a show. There’s a not-so cozy tea set; a metal ashtray shaped like the lobster that ravaged Divine in Multiple Maniacs; and plastic masks of Pink Flamingos’ Connie and Raymond Marble.

There’s also an online Divine store, where you can buy T-shirts, pins, and other collectibles celebrating the late drag icon. 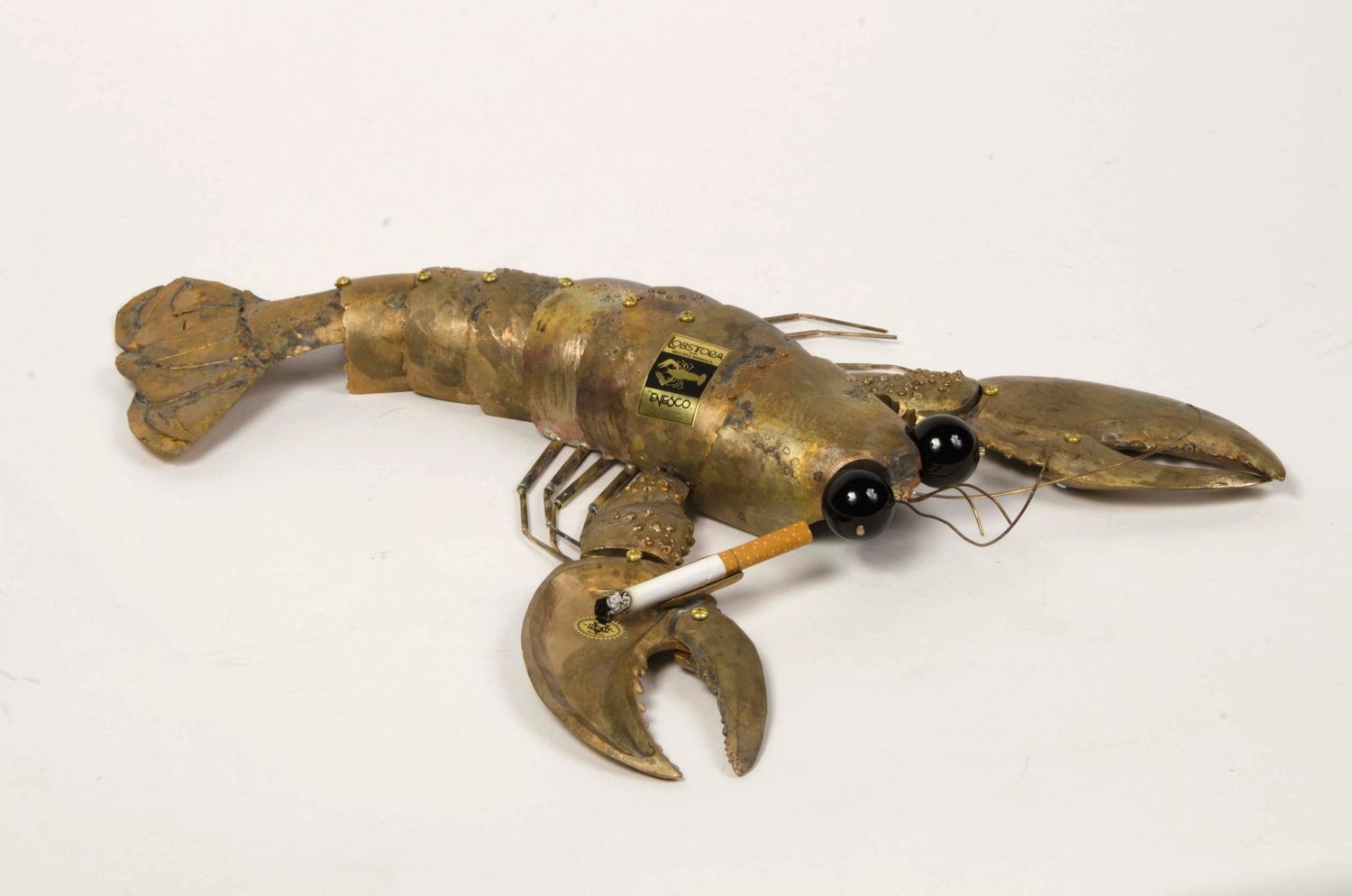 “I certainly hope John Waters shows up,” Tabbert  says. “If anyone could truly appreciate the irony of this show, it would be him.”