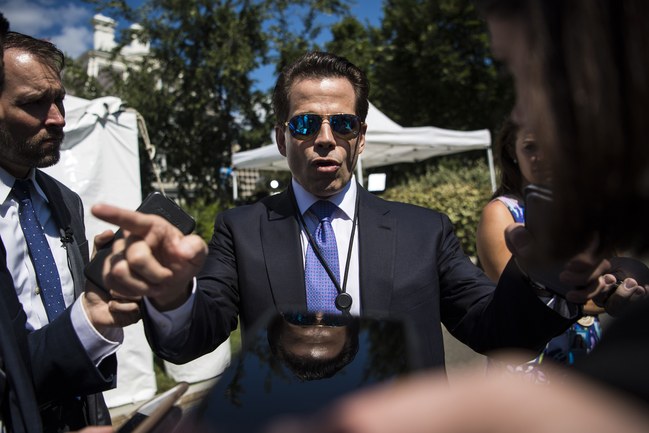 The Donald Trump Presidential train wreck continues, this time with perpetually constipated communications director Sean Spicer resigning his position. This development will no doubt depress fans of political comedy, both in real-life theatre, and on television sketch comedy. No more Spicer means no more Melissa McCarthy popping up on Saturday Night Live as the beleaguered Spicer, which in the past year has proven one of the show’s highlights. McCarthy even nabbed an Emmy nomination for her guest work.

Enter Anthony Scaramucci, God’s latest gift to political comedy. In less than a week since the announcement that the former Wall Street banking thug would take over Spicer’s role as communications director, Scaramucci lived up to his nickname, “Mooch.” For someone who is supposed to flak for the dysfunctional White House, he’s done pretty much the opposite, calling it a “sinking ship,” accused Trump chief of staff Reince Preibus a “cock block” for opposing his own ascension while inaccurately leaking information to the press. Meanwhile, he trashed nihilistic, unkempt chief alternative universe strategist Steve Bannon for trying to “suck his own cock.” (Not that there is anything wrong with that.)

Sadly, Saturday Night Live continues its summer hiatus, but we look forward to its return to revel in Scaramucci’s asinine nincompoopery as comedy gold when the show resumes this fall. Suffering SNL withdrawal, we here at Queerty decided to look ahead and make a few recommendations to the producers. 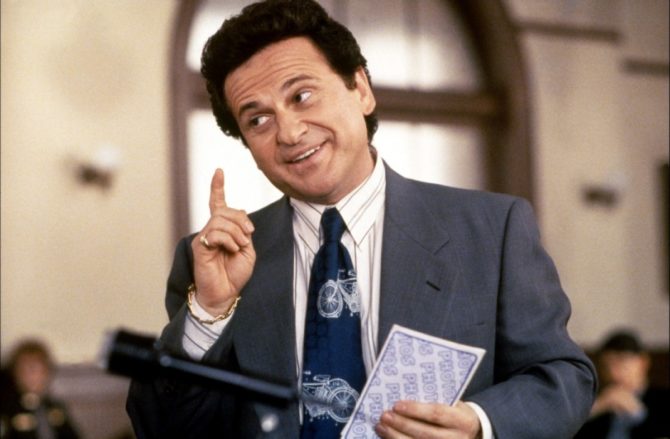 The media has already begun to compare Scaramucci’s profane rants to those of Joe Pesci, the actor who won an Oscar for playing a similar character in Martin Scorsese’s Goodfellas. Of course, Pesci played a mobster in that film, but how far a stretch would it be for the actor to play another vulgarian with shady connections? Pesci has shied away from the spotlight in recent years, preferring semi-retirement from acting. Dangling the role of Scaramucci on SNL might provide a big enough carrot to lure him back before the cameras where we so love him. 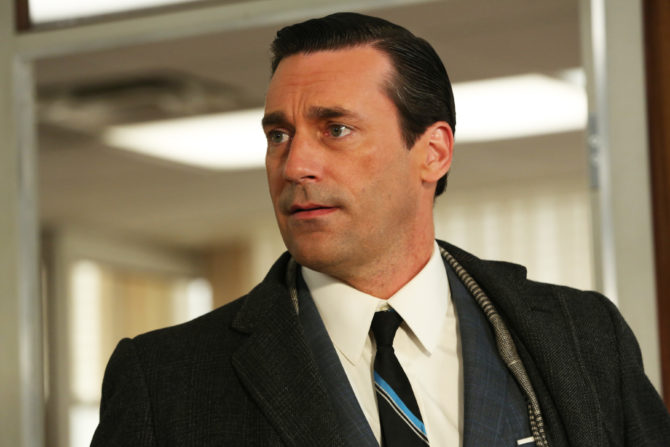 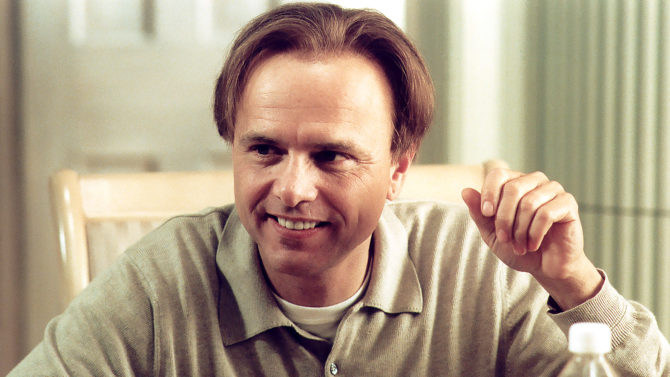 Fans of The Matrix will, of course, remember Pantoliano as the New York-accented thug who tries to kill the film’s heroes. The actor has also made a career of playing slimy street thugs in films like Bound, The Goonies and on The Sopranos. Though it may be typecasting, Pantoliano is always a joy to watch on screen when playing gangsters, mobsters and other criminals, so why not let the man have a crack at Scaramucci? If he doesn’t quite look the part, Pantoliano would match Scaramucci’s squeaky Empire State vocals with ease. 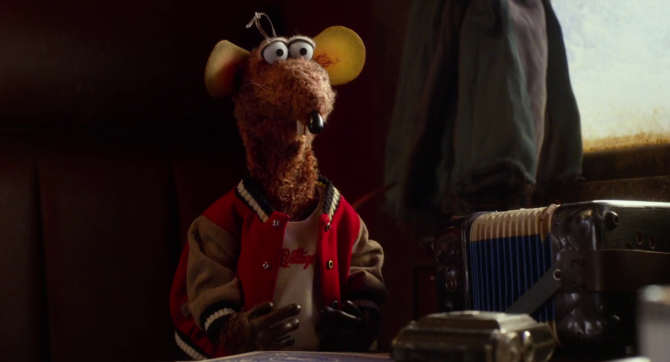 Speaking of actors who don’t quite look like Scaramucci but sound like him a good deal, Rizzo has provided some of the best comic relief in the Muppet television and film series. While casting a rat in the part might earn accusations of on-the-nose attacks from right wing commentators, adding a note of diversity to the SNL political troupe would represent a step forward in social acceptance on television. After all, hasn’t society progressed to the point where a rat can play another rat on TV? 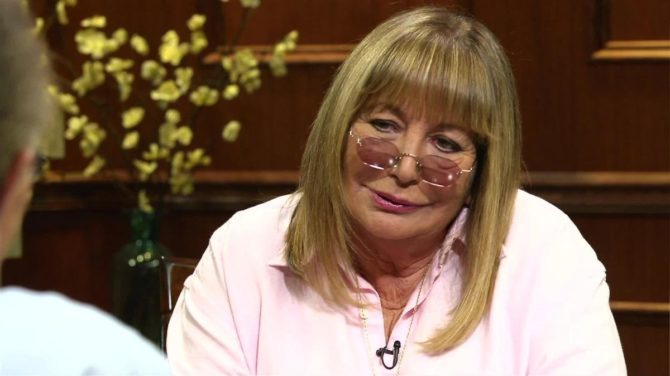 The acclaimed Laverne & Shirley actress has spent most of her latter days focusing on her directing career, churning out films like A League of their Own, Big and episodes of The United States of Tara. Part of Marshall’s comedy appeal comes from her New York accent and ability to play lame-brained characters with wit and intelligence. Moreover, casting Marshall as Scaramucci would continue SNL’s delicious trend of gender-blind casting that began with the wonderful McCarthy as Spicer. Of course, her knack for hilarity would come in handy too.

Have more ideas for who could play Scaramucci on SNL? Tell us in the comments!